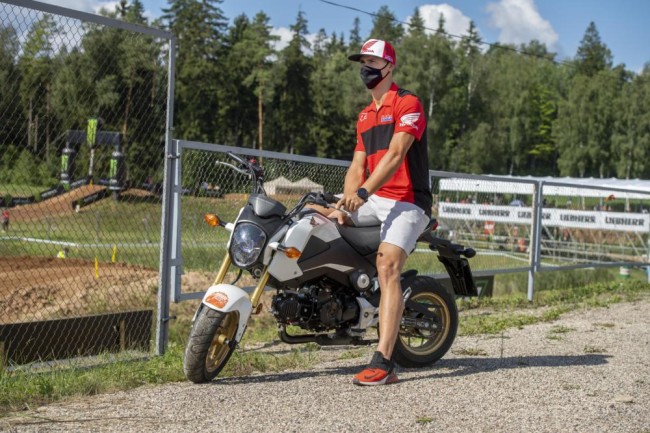 It’s been over 150 days since a gate last dropped for a Grand Prix, and MXGP at last thumbs the electric starter with an eye-opening triple header in Latvia. What could lie in store?

1. All change and no change

Back-to-back Grands Prix in the same country is by no means a new occurrence in MXGP. However, a one-day format and three races in seven days represents motocross ‘on uppers’. Gone are the spaced-out sessions of a GP weekend and the luxury of track time to refine setup. Gone are the worries over the lottery aspect of the Qualification Heat to be replaced by the urgency of finding track space, tows and that extra perfection for a sprint lap in Timed Practice: those riders that excelled under the cut-and-thrust of the 20 minute Heat race for their qualification position will now have to either emulate or yield to the one-lap speed merchants for their slots in the gate. Gone is the notion of ‘Warm-up’.

Sunday, Wednesday and Sunday mornings in Latvia could produce surprises. Riders that have a balls-out approach to Kegums (and those that attack the sessions first and fastest when work has inevitably been done to grade elements of the course) could hover at the top of the timing screens when perhaps their race pace or race conditioning would not have them in a similar position as the moto laps click down later in the day. This is especially true of the rookies, or those still finding consistency with MXGP race rhythm.

Expect arm-pump, fades and miscalculation but also expect those same rusty mistakes this weekend to be eradicated by the following Wednesday. There might be a few carrying tweaks and strains from training exertions but otherwise there should be a wide clean bill of health and racers will be keen to avoid the distinction of being the first entrants on the injury list.

Kegums is a long fast ‘loop’ with at least five large jumps and several waves sections and twelve corners of note among the kinks, climbs and bends. A good weather forecast for the week (it’s currently 25 degrees in Riga) means the loose Latvian soil will retain that hard, solid base and the kickers and sharper bumps will be an extra factor in the rate of errors we’ll see. Kegums has been rutty and bumpy in some previous Grands Prix thanks to some rainfall from the nearby Baltic sea but it looks like teams might even have to weigh-up the use of a sand scoop rear tyre if the going stays firm.

A consequence of the one-day format is that track maintenance will come under more scrutiny. MXGP and MX2 riders that usually complain of the “strange lines” left by a variety of European Championship or other support classes now won’t have that abnormality. All the EMX action taking place on Saturday ensures plenty of time to reset the course for Sunday, and how the layout is left after practice and ahead of the motos is bound to draw comment: many will want the terrain left as rough as possible with modifications made to key safety sections of take-offs, landings and wave entry points.

Infront Motor Racing plan to adjust Kegums for each of the two subsequent Grands Prix. In truth there is not a great deal that can be done with the site, even if the club have been very reactive in the past by replacing the pitlane and re-locating the finish line. The track is the only one on the current calendar with a troublesome tight, right-hand first corner (Pietramurata in Italy has the left-handed kink before its devilishly closed curve) so it’s problematic for riders braking and turning. Expect several pile-ups over the course of the week. The racetrack might see alterations to waves and a few corners for Wednesday and perhaps bigger changes ahead of Sunday’s finale. 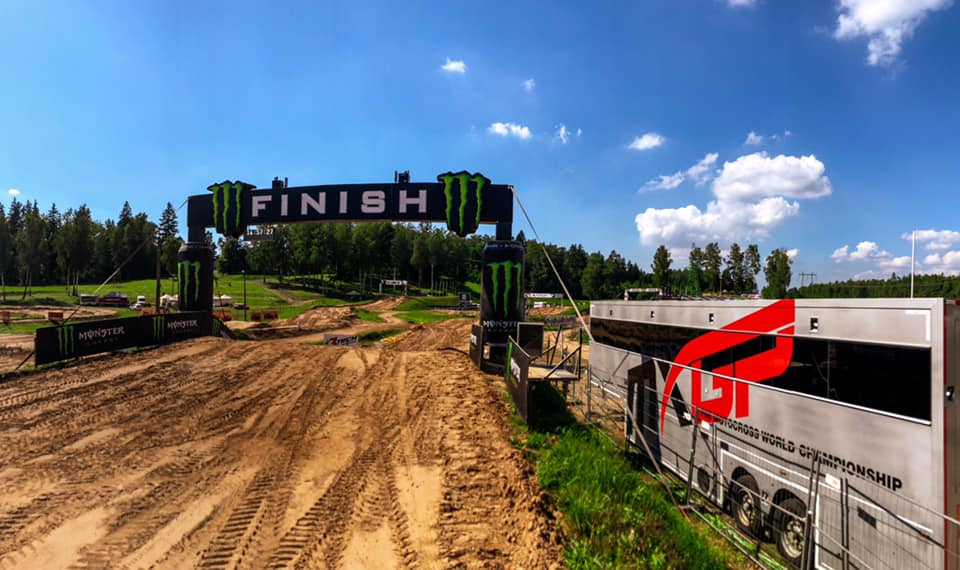 Red Bull KTM lead the two categories and it’s hard to look beyond Jeffrey Herlings in the premier class. Winner of five of the last six motos at Kegums – one with a broken foot in 2019 – the Dutchman claimed his second ever Grand Prix win in MX2 back in 2010 in Latvia and the very first on the 450 SX-F in 2017. It would be foolish to discount the reigning world champion however. Tim Gajser has claimed 50% of the motos run in 2020 so far. He and Romain Febvre are the only other MXGP victors at Kegums in the last five years, even if Kegums (along with Matterley Basin, twice, and Valkenswaard) was the scene of one of the Slovenian’s bigger crashes in recent seasons back in 2016.

The best thing about the triple header however is the ‘first grand prix’ vibe because the formbook has been levelled. One rider could find the right groove, as GasGas’ Glenn Coldenhoff did at Kegums in 2015 to register his first win in the class. His success was the second-to-last for the great Suzuki brand and now-defunct factory team (the last was by Kevin Strijbos in 2016).

Tony Cairoli is a firm bet for a podium finish. Not only is the 34-year old (35 next month) now the most experienced rider in MXGP but he has some demons to banish at Kegums. The Sicilian has not had the easiest of relationships with the circuit. He counts four wins on his CV here but has also crashed and hurt his knee at the 2014 Nations, was forced to withdraw from the world championship fight after the 2015 Latvian GP due to a fractured left arm (suffered, amazingly, three rounds earlier in Italy) and had to admit defeat again last summer with the shoulder dislocation sustained the weekend beforehand in Russia representing the worst injury of his career to-date.

In MX2 Jago Geerts and Tom Vialle are the pacesetters after the two distant disputes to-date but Husqvarna’s Thomas Kjer Olsen has 2017 and 2018 GP wins at Kegums to his name. The tall Dane has also recovered from his pre-season wrist problem. Ben Watson made the same effective use of the calendar break for his physical condition and the sandy nature of Kegums will play into the Brit’s favour, if he can get out of the gate. Riders like Roan Van De Moosdijk (who dominated at Kegums in 2019 EMX250) and Alberto Forato (2nd) will join a host of other youngsters in podium contention like Olsen’s teammate Jed Beaton.

Olsen and Geerts (on two occasions) are the only riders in the whole category to have walked the MX2 podium in Latvia since 2017! 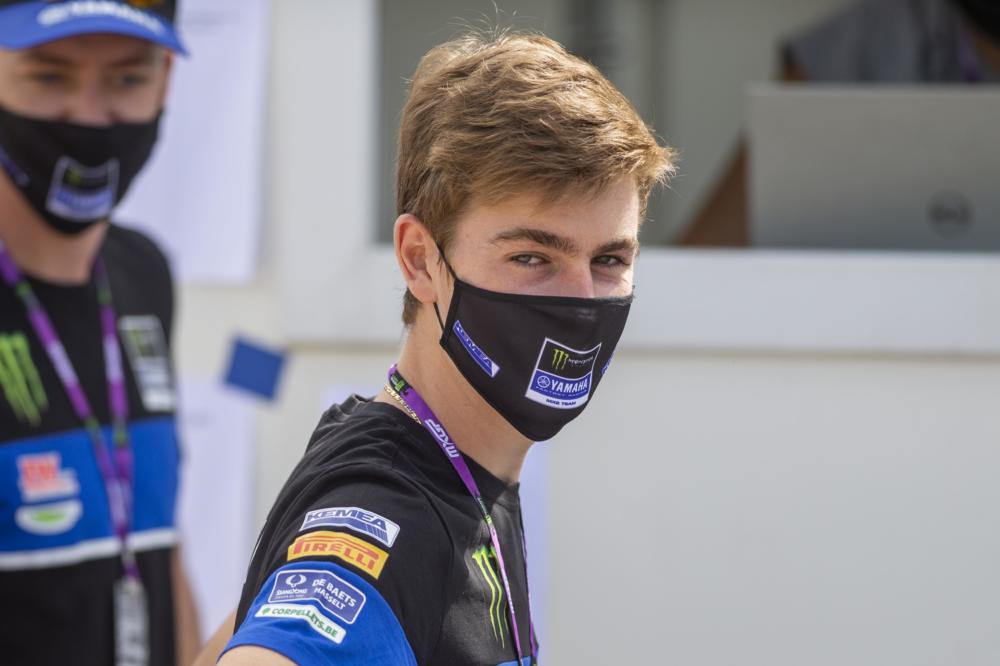 The ‘new normal’. I already hate the expression but there are not many other ways to describe the radical change of environment that many of us are encountering on a daily basis. The MXGP paddock, usually an accessible, busy and hectic place, is no exception. Masks, distancing and – inevitably – a degree of trepidation will be present this weekend and likely for the rest of the season. As COVID-19 cases flower in areas of Europe and border controls, travel restrictions and more lockdown policies are considered then the MXGP calendar will roll from side-to-side like a little boat on a rough sea, with the hopes that the whole vessel doesn’t capsize with the rising waves.

As with other sports, infections in the paddock could tarnish the series; not only for the health implications for the teams affected but for the championship’s ability to navigate international travel.

Monster Energy Kawasaki Racing Team are one of the crews already making their set-up an ‘isolation bubble’ with Romain Febvre and Clement Desalle apparently set to conduct any press interaction through Zoom calls, much in the same way as MotoGP and WorldSBK (this in spite of paddock access being stringently regulated through testing). Circuit attendance is apparently limited to no more than 3000, with spectators funnelled directly to viewing zones with the paddock off-limits.

Any speculation of the costs, the amount of talks, the reams of assurances and the hours of work involved to put a cosmopolitan and mobile sport back on the road is bound to be off the mark. It’s for a good reason, and not just lip service, that riders and team personnel credit the promoters for getting MXGP active again. Frustratingly it’s hard to know how much of the current calendar will take place with news of ‘corridors’ and ‘quarantines’ changing week by week. The cancellation of the Motocross of Nations and a second British round of the championship is a case in point and the current review of the virus numbers in France indicates that Ernee were prudent in deferring their position as host of the MXoN until 2023.

The short-term future is murky through the Kegums dust and roost but we’re racing and that’s crucial for fan and sponsor interest as well as the stability of many teams and jobs.

Enjoy it Sunday (and Wednesday, and Sunday).