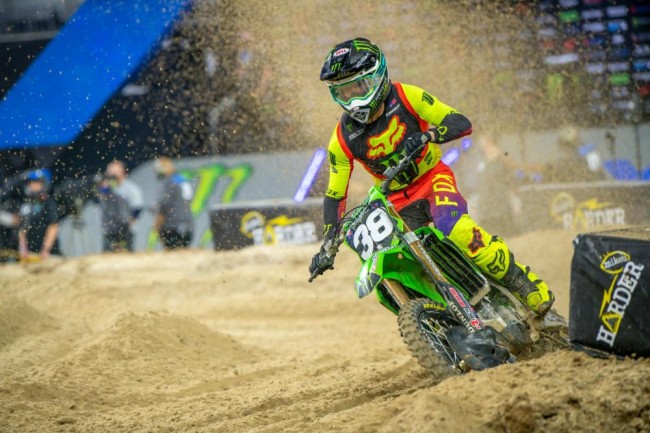 Austin Forkner has finally conformed he broke his collarbone a week ago in Houston – and has had surgery after breaking it in multiple places.

The American admitted he was ‘super disappointed” as another supercross title is out of his reach and is now playing a waiting game to see when he can get back on the bike and get back to the races.

Forkner said on social media: “So unfortunately in that crash at Houston I broke my collarbone, knew it right away when I felt the bones moving around. It was broke in 3 or 4 spots, so it wasn’t pretty, but I immediately had surgery and got it plated. Obviously I’m out for this week but looking to make to a decision with my team to come back as soon as I can safely. Obviously I’m super disappointed, but I just wanna thank my team and everyone who’s still backing me. And good luck to Jo and the team this week. “