Five points, four girls and one round to go to decide the WMX world champ! 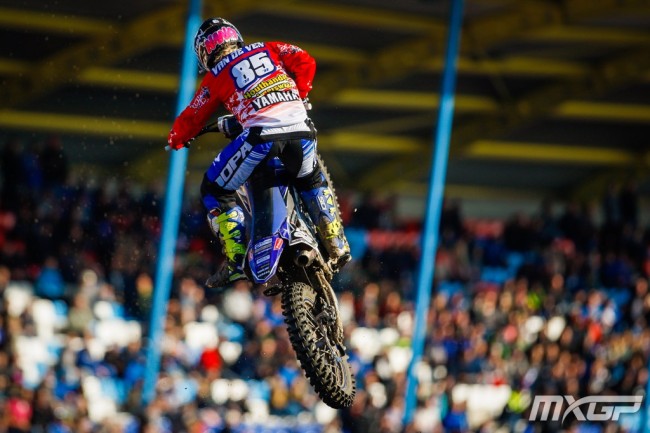 It’s all to play for in France this weekend as the top four girls in the series are separated by just five points going into the final round the world championship in France.

Nancy Van de Ven won both motos at her home round in Assen to take the red plate from Kiwi Courtney Duncan by a slender two points.

But just one point behind Duncan is home favourite Livia Lancelot and one point behind Lancelot is Kiara Fontanesi – with both possessing title winning experience, that could prove crucial under the pressure this weekend.

And they all have the championship in their own hands – if any of these girls go 1-1 they will win the world title!

Van De Ven said of her win and leading the championship: “I kept my head cool and tried to win both motos, and that was pretty easy actually. I took a lot of points for the championship and I am leading now by two points but it’s pretty close.

“I’m trying to hold that place, I’m trying to keep the pressure in because I am pretty good at putting pressure on myself when there is no need too. So I am going to have an easy week and try to do some nice things an not think about the pressure.”