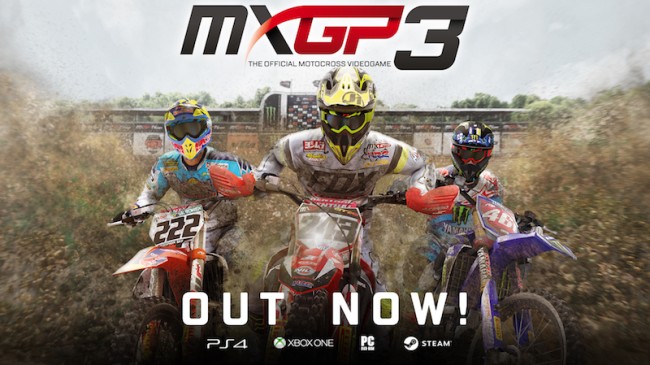 5 Motorcycle Games All Motocross Fans Should Own

There some are times in life when you can’t get down to the racetrack. Luckily there are many ways to enjoy motorcycle racing away from the track and in this post we look at 5 motorcycle games that you should own for those rainy days.

Driveclub Bikes is one of best motorcycle racing games available. With stunning visuals and a relentless style of racing Driveclub Bikes takes high performance bike racing to a whole new level. The range of bikes to chose from include BMW, Ducati, Mercedes, and Yamaha. The best feature of this game is racing in extreme weather conditions that will test your control, timing, and nerve. The game is either available as an expansion to the road racer game Driveclub or as a single game in its own right.

Grand Theft Auto IV: The Lost and The Damned

While not strictly a motorcycle game GTA IV: The Lost and The Damned does allow motorcycle fans to fulfil the fantasy of being the leader of a notorious biker gang. Bikes have always been a big part of the GTA franchise, but The Lost and The Damned is the first game where they took centre stage with an emphasis on handling and design. The game includes plenty of motorcycle racing and challenges as well as an engaging single-player story.

Mad Skills Motocross 2 is the definitive motocross game for mobile devices. With over 72 tracks and 9 bikes to unlock the game is perfect for indulging in some motocross madness on the move. While the 2D gameplay may look simple to an outsider, Cnet.com report in their review that this game is “all about precision and going for the perfect run.” The game allows you to customise your bike and rider as you strive to become the greatest motocross racer the world has ever seen.

There is no argument that we at GateDrop.com are huge fans of the MXGP series and MXGP3 is the latest version of the official Championship’s game. The updated version features improved graphics, the official roster from the 2016 Motocross World Championships, and the ability to customise your bike and rider using over 300 items. This game is as close as you will get to motocross racing without leaving the comfort of your home.

Bikes have always had a special place in the gaming industry and one of the main reasons for this is the 1980’s science fiction classic Tron. The film inspired generations of racing games across different media platforms including classics such as the Wipeout series. The look of the film is iconic with slot gaming outlet Spin Genie using the same futuristic style of Tron in their game Light Racers that is one of the most played titles on the popular digital platform. Known for its thematic movie and television slot games, Light Racers has stood the test of time on Spin Genie, due primarily to its likeness to the iconic Tron

Yet if you want the real Tron experience then the game you should turn to is Tron Run/r.

Tron Run/r puts you in control of a lightcycle racer as you battle, race, and survive virtual obstacle courses. In their review of the game Hardcore Gamer call the lightcycle elements of the game some of the most challenging and enjoyable. For any fan of motorcycle racing, the chance to race on a lightcycle with a stream of light trailing behind you is an opportunity not to miss.