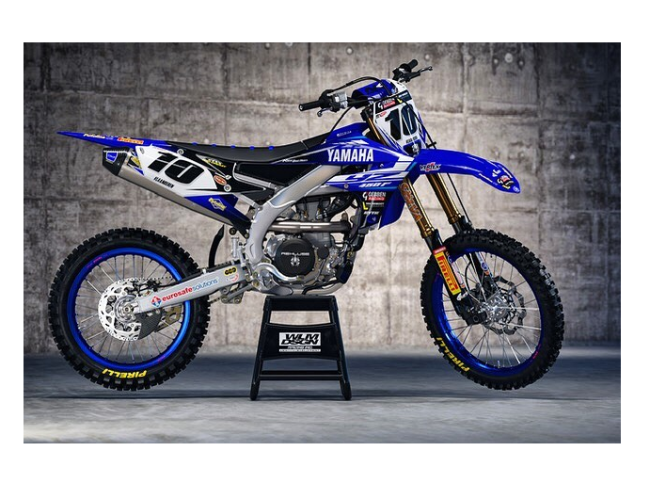 It’s all change for the Gebben Van Venrooy Racing team in 2020 as they’ve changed manufacturers from Kawasaki to Yamaha.

The team also have an impressive three rider line up to take on the MXGP World Championship – Alessandro Lupino, Calvin Vlaanderen and Thomas Covington.

Vlaanderen has revealed how his Yamaha will look for the fast approaching season. The South African is preparing for his rookie MXGP World Championship season after ageing out of the MX2 series.

Happy with my 2020 bike! 🔟🔥 Exited to be back with WLM as our graphics supplier. Check out the new website www.wlm-design.nl and get a 19% discount till the end of the year. Use the code GVVYamaha19%. Don’t forget to follow them on insta: @wlmdesign

It also appears that the team will switch from UFO to Moose gear for the year ahead.

Work hard in silence and let the success do the talking. ⚡️