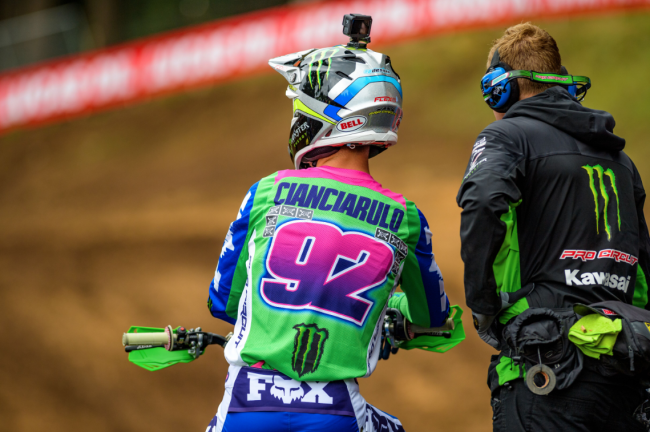 Dylan Ferrandis and Adam Cianciarulo both feel they are the best rider in their class after the 250 title combatants left Washougal both feeling they were the superior rider that day even if it was Ferrandis that won the battle!

Ferrandis said in his post race interview that when he saw AC second in the second moto chasing him, he thought it was time to see who the best guy was and go for it, they both gave everything but the Frenchman crossed the line first after Cianciarulo stalked him but could make a pass.

Meanwhile Cianciarulo, in his post race interview, had an opposing opinion, saying that although he finished second he felt he was the fastest rider – he just couldn’t find a way by Ferrandis!

Both riders aren’t short of self-confidence but with only three rounds left, Cianciarulo has the advantage with a 28 point lead in large part down to superior starts.

With three rounds to go it’s clear what Ferrandis needs to do if he wants to win the championship- improve those starts! For AC he just needs to keep putting himself in the top three like he has done all season and he will more than likely clinch his first pro title, but as we saw when the duo went at it in supercross, Cianciarulo threw it away under pressure in the last round.

Will lightening strike twice or has Cianciarulo learnt from his mistake? It’s going to be tense!