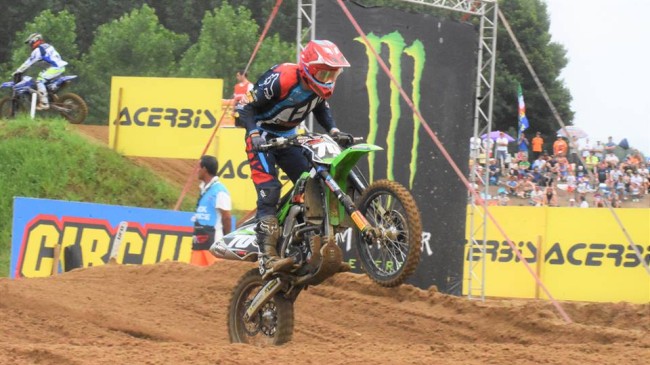 F&H Kawasaki rider, Ruben Fernandez will make his MX2 World Championship debut this weekend during round thirteen of the series taking place in Loket.  The young Spaniard is enjoying his second season competing in the EMX250 series and currently sits fifth in the championship with two rounds remaining.

Fernandez will be one of the riders moving up to the MX2 World Championship in 2018 as it’s in his contract for next year that he will move up to compete in the World Championship. He will race Loket this weekend to get a feel for the class and know where he’s at against the world’s best 250cc riders.

He will join fellow Spaniard’s, Jorge Prado and Iker Larranaga in the class. He will also join his two F&H Kawasaki team mates, David Herbreteau and Magne Klingsheim in the F&H Kawasaki awning as the team will run three riders in the MX2 World Championship this weekend.