Febvre to try second brand in MXGP with Kawasaki move? 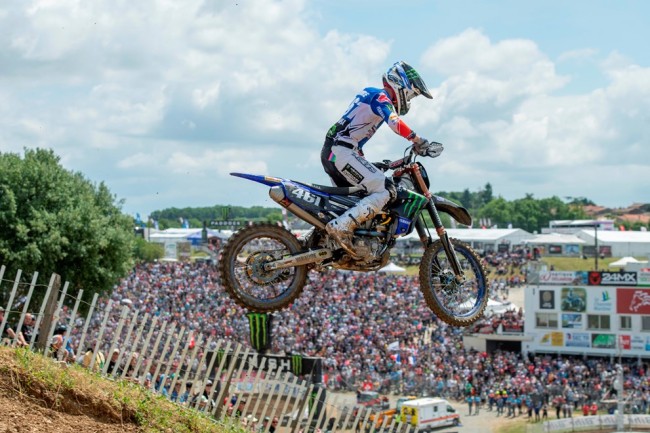 The Frenchman made his debut with what is now the Monster Energy Yamaha factory squad in 2015 and claimed the premier class title at his first attempt. 2016 and 2017 terms were ruined by injury and set-up problems and the ex-MX2 star was bitterly disappointed to break his right ankle at the season-opening Argentinian Grand Prix after a strong pre-season.

With Yamaha allegedly looking to trim their MXGP representation for 2020, Febvre’s name has been linked with other factories and a move to the Dutch-based KRT set-up has gathered momentum. The crew are currently suffering an injury crisis with Clement Desalle recovering from a broken leg (after already having surgery on the right knee earlier this year) and Julien Lieber breaking his elbow during the recent German Grand Prix.

If the transfer is confirmed then it will be the first time that the talented racer (who is also five years with Monster Energy) competes with ‘green’ in the FIM World Championship after having previously raced with KTM, Husqvarna and now Yamaha in both classes. He’ll link up with Desalle: the team have been waiting for news over the possible return date for the Belgian who has been their principal runner since 2016.