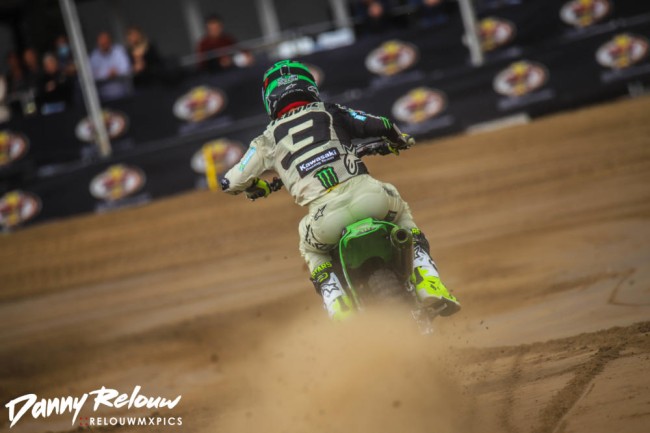 There has been a lot made about Jeffrey Herlings winning motos with a broken shoulder blade but the attention he has been getting from fans and media have left Jorge Prado and Romain Febvre feeling that they don’t get the same credit when they ride injured!

Prado, who has been racing despite not being at full capacity due to long-Covid, and is very much in this title chase along with Febvre, posted the following on Twitter, saying Febvre hit the target with his comments:

“When it happens to me, nobody cares and when it happens to him, people care, so why should I care about him. I have nothing to say, he is trying and best of luck to everyone and we see at the end.” The explosive words from Febvre are direct but honest and you have to respect the view of the other riders, and competitors of Herlings.

The Dutchman does get a lot of publicity but his career warrants that with the speed and injuries he has sustained as well as the results he is still capable of putting in, however all of us must not forget that Febvre, Prado and the rest are also hard as nails and putting their heart and soul into their sport, even when they are not 100% to win this world title as well!