Febvre on his return to racing: Missing speed and physical condition 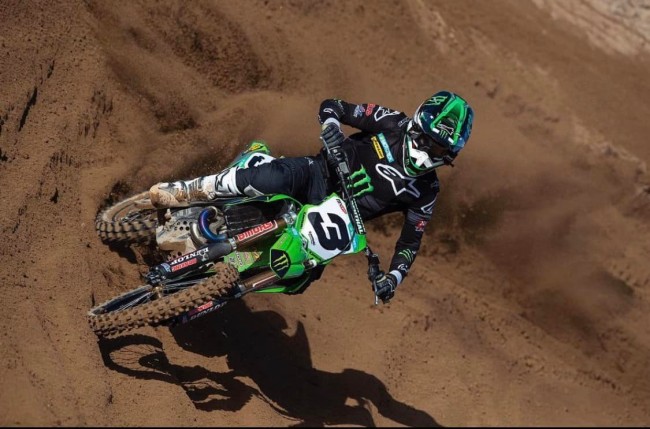 Romain Febvre hasn’t been behind the start line for five months after breaking his femur last year which put an end to his season. This year is all change for Febvre as he’s signed with the Monster Energy Factory Kawasaki team and he made a return to racing this weekend.

The French rider was back in action at the first round of the International Italian Championship at Riola to make his debut on the Factory Kawasaki machine but didn’t have the best results – P14 in the MX1 race and P12 in the Superfinal. Febvre says he knew he’d be missing the speed and fitness required but knows what to work on before the start of the MXGP World Championship at Matterley Basin.

“First race after 5 months and my injury. I knew, I’m missing speed and physical condition and almost forgot the pressure before the start! I know what I have to work on and I know now where I am. Thanks team for the support”, Febvre stated.