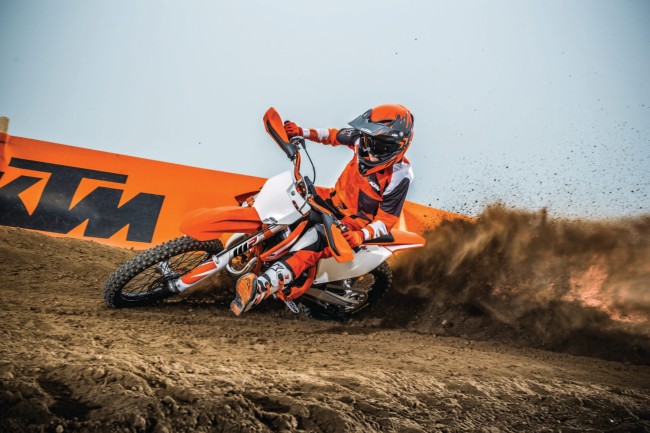 Round three of the Judd KTM ACU British Youth Championship at FatCat Motoparc over the weekend (July 6/7) was an incredible event, as riders battled hard for supremacy at the sandy and challenging Doncaster circuit. It was super-fast young guns Brian Gyles, Reece Jones, Finley Evans, Charlie Heyman, Max Ingham and Jack Grayshon who took the overall honours for the weekend, which was streamed live across all of the championship channels with a positive response.

In the Auto class there was no stopping emerging talent Brian Gyles from Thailand, who took all five moto wins at the FatCat circuit. The youngster had to dig deep and battle hard, as taking second to fifth positions were Lucas Lee, Judd Orange Brigade’s Riley-Ray Barrow, Malachi Allan and Casey Lister.

In the 65cc class there were also some close challenges throughout the weekend as riders tackled the tough sand circuit. Walking away with the top spot on the podium was SJP Moto’s Reece Jones with 211 points thanks to four moto wins. In second place was Kayden Boyd, whilst Freddie Gardiner took third with Brandon Buckley, who won moto two, and Riley Ingram rounding out the top five.

In the Small Wheel 85cc class the SJP Moto machine of Finley Evans took the weekend overall with a consistent performance to have an eight-point advantage over second placed Tyla Hooley, who took two moto wins. It was an action-packed weekend of racing in this class as Billy Askew onboard his SJP Moto machine took third with one moto win, as Shaun Mahoney and Josh Vail completed the top five.

In the Big Wheel 85cc class SJP Moto’s Charlie Heyman took another overall win with four out of five race victories. In second place was Sam Atkinson, who took a moto win and managed to clinch a one-point advantage over Judd Orange Brigade rider Bailey Johnston, who was third. Revo Husqvarna’s Ollie Colmer was fourth with Arai Elcock in fifth.

In the 125cc class there were some close battles throughout the weekend, but Jack Grayshon shone through with a dominating performance to take all five moto wins. Second place went to Judd Orange Brigade rider Preston Williams who was second in each race, and in third overall was James Smith. Louie Kessell and Jude Morris were fourth and fifth.

Finally, the Open Class was won by Verde Sports Racing’s Dominic Lancett, who took four out of the five motos with HCR Yamaha’s Max Ingham in second with the final moto win of the day. Jack Roberts took third with Ben Kennedy clinching fourth and Judd Orange Brigade’s Drew Anderson was fifth.

Throughout the weekend SCOTT Sports awarded the rider in each moto who reached the SCOTT Holeshot line first. It was great to see so many different riders taking a holeshot throughout the weekend, but a mention has to go to Bailey Johnston for taking all five holeshots in the Big Wheel 85cc class.

Fox Head Europe partnered the series this weekend by sponsoring moto one and moto three to award the rider who had the fastest laptime in the race. We will be bringing you a full breakdown of the results from the weekend on our social media feeds, it was great to have them on-board and displaying at the event. In addition, the MX VICE and 24MX powered live stream was extremely popular – with viewers all around the world checking in to see the Judd KTM British Youth Championship riders in action. Check out our Facebook to see the coverage from the weekend.

The Judd KTM British Youth Championship now heads to the iconic track in Desertmartin, Northern Ireland on August 17 and 18 for the fourth round of the 2019.

To find out more head over to www.rhlactivities.com