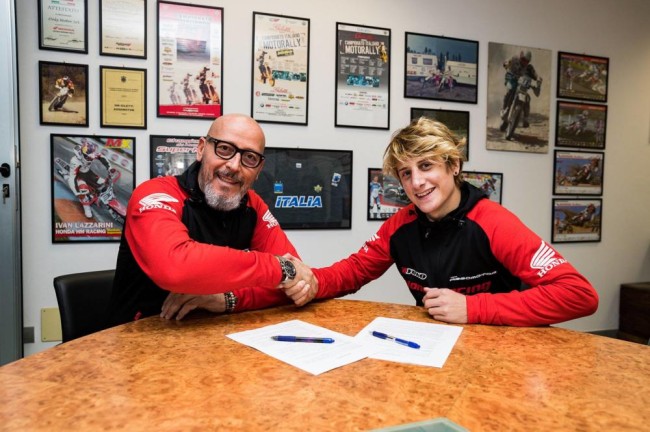 Team manager of the Assomotor Honda team Alfredo Bevilacqua, announces, albeit reluctantly, that from September 1, 2021 the rider Gianluca Facchetti will no longer be part of the team.

The decision to release the rider before the natural expiration of the contract lies primarily in the explicit will of Mr. Facchetti, and it was made all the more necessary following the serious violation of the exclusive agreement, which provided for the prohibition to use the bikes of other teams; violation that has led to the early termination of the relationship.

The team will replace in the MX2 team, for the GP of Turkey and Riola Sardo, Emil Weckman, who will join Stephen Rubini while waiting to define the new structure of the team and finish the 2021 season in the best way.

Podcast! We catch up with young Austrian talent René Hofer to talk about his career, getting a factory Red Bull KTM ride in MX2 and his recovery from that big injury last season. Listen on iTunes here or Spotify or YouTube below: