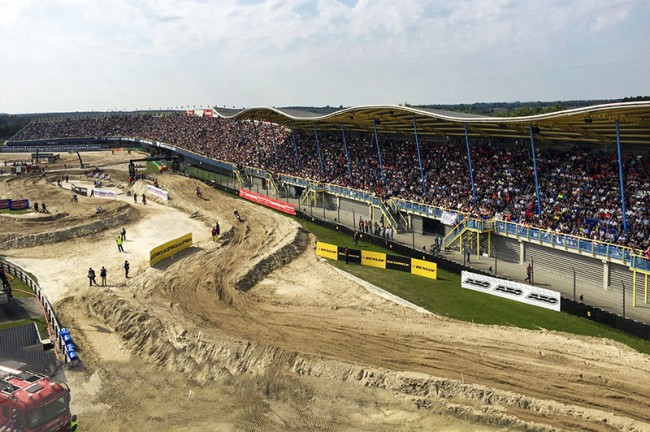 Bernie Ecclestone has suggested that Formula one should change its format to two forty minute races. Similar to the format of MXGP!

Speaking to the Sunday Times, Ecclestone claimed: “People have a much shorter attention span and a lot of sports are looking at introducing shorter forms of their games,The television audiences went up for Brazil. We had a long race with the heavy rain and a couple of crashes but that meant we had two starts because of the red flags and people tuned in.”

“We need to look at the traditional concept of one long race.” admitted Ecclestone, who feels fans and sponsors would prefer two races. “Two 40-minute races with a 40-minute break in the middle when the drivers could be interviewed, cars worked on, would be attractive to viewers, the TV companies, the sponsors and advertisers would love it.Cars would qualify on a Saturday as usual for the first race and that would set the grid for the second. It would shake things up with lighter, faster cars.”

Ecclestone is on his way out as F1 boss after selling the sport to Liberty Media, a US media conglomerate for an eye-watering £3.3 billion! It will be interesting to see if the new owners, especially coming from an American point of view, will alter the format.

But it brings a bigger question that MXGP is also dealing with, how to keep viewers and fans entertained with ever shortening attention spans while retaining the essence and soul of the sport.

Youthstream boss Giuseppe Luongo has also been toying with the idea of different formats and circuits in order to increase the fan base with motocross – the Assen GP a prime example of trying something different. So it appears that the dilemma isn’t just in motocross but now also F1 as a changing world demands a product that is in line with their fast-paced lifestyle if it is to continue to survive and grow.