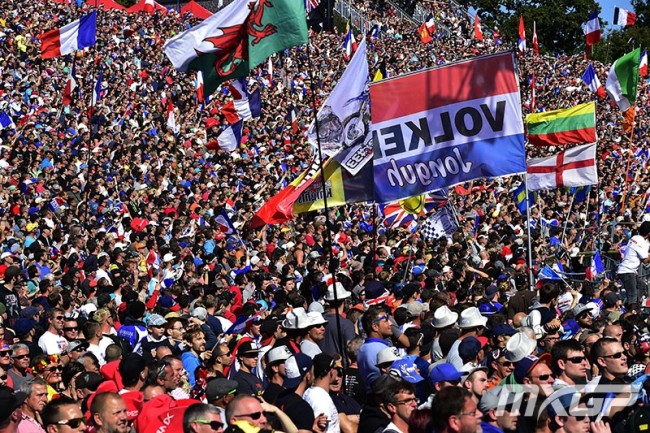 With the Motcross Des Nations taking place this weekend we thought we’d ask around the paddock for some predictions!

“I think it’s going to be a very exciting MXON this year. Four teams (Belgium, USA, France and Great Britain) are pretty close to each other. But I think France has a little advantage. Febvre and Paulin were both in good form the last races and Charlier is going to be very motivated on the 250 so I think France are going to win again”.

“Team Australia for sure just because I support the homeland! (laughs) no, joking that’s a hard one man a lot of teams are in for a good shot. Team GB have a really strong team and are on home soil. Team Netherlands are really strong also. France, Swiss (laughs) too many good teams to choose from but yeah I’m going to say Aus just for the homeland, and for realistic pick I’m going to say Netherlands”.

“I don’t know. Whoever wins wins. You need a little bit of luck also so it is hard to say. Not one team is really better than the other on the paper. I think there’s 5 teams that can win it”.

“I think the Netherlands have a good chance to win, Herings is in top shape and will win his class. Next to him are Coldenhoff and Bogers, both are good starters and they can ride at the front so their chances are high. But on a day like that, anything can happen!”

“It’s a hard pick this year. Normally I would say France, but since now they don’t have a really good third guy it’s going to be hard for them. I believe USA have a good team and a track that should suit them this year and I would but my money on them.”

“Well, that’s not an easy one there! So, I am just going to go with Great Britain as Tommy has great memories and results from Matterley on a 250. Max is also good around there and starting to get some great results on the 450. It’s a lot of jumps and a nice layout so I think it will also suit Dean so all 3 boys. If they stay out of trouble I think they have a great chance and the support from home always helps.

“Of course i’ll go for the Netherlands because the favourite teams have their problems with the A riders.”

“I am not too in on who is riding for who but I’m going send it and say Great Britain will win the damn thing. Max, Tommy and Dean are going to just absolutely put on the performances of their life times and write history. The whole British MX community will be pissed for a week (laughs). I seriously believe none of them are phased by any other team and with that they will ride to their potential and above it.”

Well, there are so many good teams that it’s really hard to say! But I feel like i’m a fan of team GB at the moment and I think they have a solid team. They also have their home soil and home crowd behind them. They have also had the opportunity to ride on the tack which I see is changed a bit.

“I think the Netherlands will win, Herlings is really on it and can go 1-1. Other guys are also solid 5-10 place riders. USA to finish runners up, they’re a motivated team, solid team but I can’t see them to get any moto wins. They are fighting for 3-10 moto places. Anyway, Osborne is the best MX2 rider in the event. Great Britain to finish third, it’s time for them to be on the box, they’re a good team. Being it their home event, it will help the guys too. They can finish even higher, they’re my favourite team and I support them to win.

“Belgium have a team with 3 potential top 3 riders in their class. Brent is still looking for a ride and has proven to be top 3 worth amongst the best MX2 riders. He will use this chance to show that he deserves a good bike in 2018. If he gets some good starts, which as it seems were not easy for the MX2 Yamaha’s this year, I see him getting a good result.
Jeremy and Kevin have a lot of experience in the MXON and have already also some podium experience, I think stress will not be an issue for both of them.
With Jerre we can be sure of a top finish and since Kevin’s mind is free the last weeks he has showed the speed he has in him. On top of that Kevin is back under “the wings” of Jöel Smets who knows how to motivate him, remember Maggiora last year!”

“Great Britain or the Dutch team, home advantage for the Brits. Jeffery will be the man, he’s on a roll from winning the AMA outdoor and the last few GP’s.

“It’s not easy this year. Belgium, Holland, France, England and US – these are my favourites!”

“Herlings is in another planet. He could easily go 1-1. Coldenhoff is a pretty solid rider who can be in the top 10 easily. So, Bogers only needs a good moto. Take into consideration Seewer will be riding a 450 with Paturel and Jonass being out.  I think Charlier is a mystery and he can drop France’s results. Putting TC64 on-board the 450 is not the best idea considering that Zacho has proven to be fast on it.”

As has been mentioned many times this year, it looks like we will have one of the most competitive Monster Energy Motocross of Nations ever. There are several teams capable of winning it, and luck will more than likely play a major role in which team takes home the Chamberlain Trophy. With Jeffrey Herlings seemingly the most consistent rider at the moment and a 1-1 seemingly likely going by his past MXoN performances and current form, he already gives Team Netherlands a major upper hand. That is why I go for The Dutchies. Bogers and Coldenhoff are also in good form at the moment.

“Osborne and Covington are very fast and Seely is the best 3rd rider. The Swiss will surprise and get on the podium!”