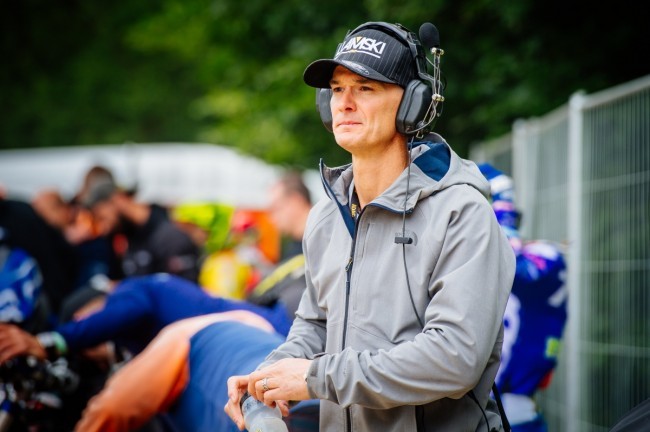 Stefan Everts has starkly revealed how he dealt with Jeffrey Herlings when he managed him and even admits Herlings work ethic outstripped his!

But Everts believes Herlings needs to put the hours in order to give himself confidence for the races despite his raw speed and natural talent.

Speaking in probably the best interview you will ever read with Everts, in Roddy MaCleod’s book, Will To Victory, Everts talks about his career, talent, mindset, work ethic and Herlings, to provide an amazing insight into what got Everts to ten world titles and seen as one of the greatest if not the greatest motocross rider ever.

“For me, when I worked with Jeffrey, it was not about how to get him to go faster on a bike. It was another thing. It was more about his approach, how he lived. It was more education with Jeffrey than to tell him how to ride his bike. And confidence also, because his confidence was not there. That’s why he trains so hard. So that everyday he has confirmation how good he is.

“I trained hard, yes. I didn’t train as much as Jeffrey does, my body didn’t allow it also. Jeffrey has a really strong body, he is like a machine.

“He was so fast it should have given him some rest, some peace. But Jeffrey also won a couple of titles which should give him some confidence, but still he would be unconfident. I don’t know how it is now…but he has probably changed now also. Everyone keeps developing and getting better and more experience.”

The book can be ordered at this link below:
https://willtovictory.com/shop?olsPage=products%2Fwill-to-victory-free-namur-print

Customer reviews of the book can be read here:
https://willtovictory.com/shop?olsPage=products%2Fbook-will-to-victory