Evans ruled out for Loket GP 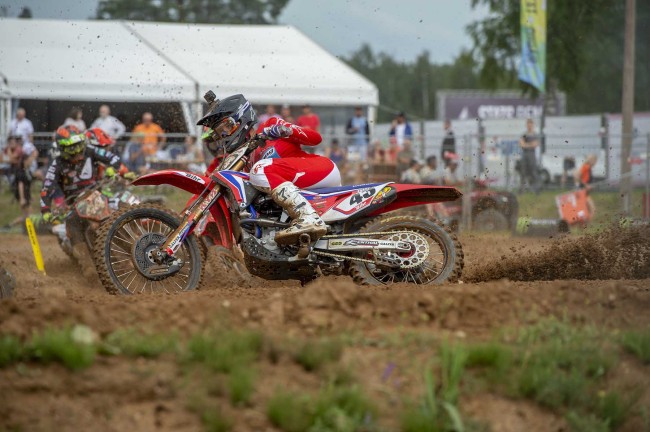 Mitch Evans has shown very good pace during his rookie season in the MX2 World Championship but has also suffered from plenty of crashes too.

Evans has been dealing with a back injury and a crash during the qualifying race in Loket hasn’t helped matters.

The Aussie will miss race day in Loket and focus on a return to racing in Lommel next weekend.

“@MitchEvans43 will miss the motos today, as he continues to recover from a series of crashes. The focus is now on Lommel,” The 114 Honda team stated.

“Trying to have some fun yesterday! Still struggling with a few things so have decided to sit out todays racing in Loket. Thanks to everyone who came together to find me gear to go racing in after my bag didn’t show up”, added Evans.