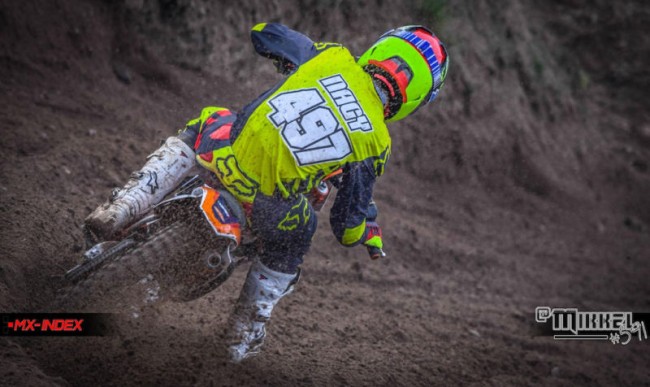 In the EMX65 class one of the heavy favourites, Ivano van Erp wasn’t able to win the first round in Denmark. However, the Dutch kid didn’t disappoint during the second round as he comfortably won both the moto’s on his Beursfoon KTM. Liam Everts is a serious contender for the title this year and went 3-2 for second overall. Another fast Dutch kid, Sem De Lange rounded off the podium. Ivano now takes the red plate heading into the third round of the series.

In the EMX85 class, Anton Nagy from Sweden has been pretty dominate as he has won three out of the first four moto’s so far, he won both the moto’s in Slovakia. Emil Jonrup rode well to cross the line in second both the moto’s to claim second overall. Finland’s Matias Vesterinen rounded off the podium as he finished third overall. Lewis Hall from England had a good ride to claim sixth overall on the day.