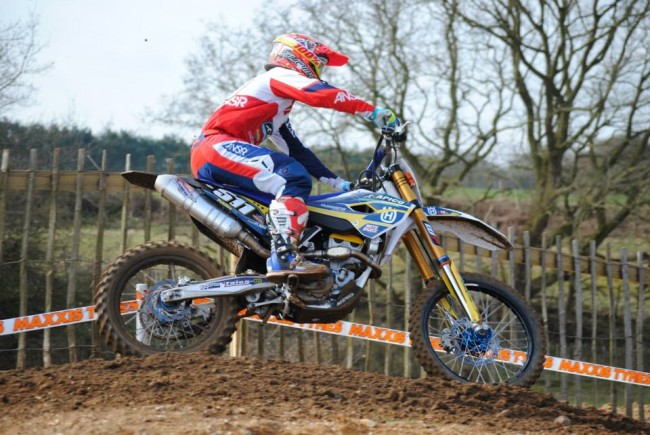 The EMX250 championship starts in Italy this weekend, a breath taking entry list with 100 riders will take to the line to try and qualify for the main two races on Sunday. Gatedrop will take a look at which riders to look out for in this year’s championship as the class a lot of new blood.

Last year’s reigning champion Steven Clarke who is now riding for the new Apico Husqvarna UK team will go into this year to try and defend his title. Last year Steven had a very fast bike with a Standing Construct engine, his bike this year might not be quite as good and so far this year his results have been a little under whelming. However, the brit is a very experienced and has been riding the class a few years so knows what it takes to be consistent and get good results.

I feel that the other fast brit Adam Sterry is the one to look out for in the series this year; he is full of confidence after his eighth overall in Argentina so will come out swinging in Italy. Adam is a very versatile rider as he is good in both hard pack and sand, I feel Adam crashed a bit too much last year but as it’s his third year in the class he should now be more experienced and if he can keep it on two wheels for most the season he’s my favourite for the title!

We heard the other week that Kemea Yamaha have decided to drop Damon Graulus from MX2 to do the EMX250 championship instead. I feel Damon won’t be too happy about that but he would love to win the championship to prove that he belongs in MX2. On the other hand he might put a lot of pressure on himself to win the title, I have been impressed with Damon the last few years so I feel he will definitely get plenty of race wins for sure!

I feel like Maxime Desprey is a bit of a forgotten man and that people are forgetting him for this championship.  Yes, he did have a bad season with JTech Honda but he was a good rider for CLS (finished second in emx250) and did a decent job in MX2 with Steve Dixon in which was his first year in the class. I honestly think he will be very fast this year and the BUD Kawasaki is a pretty good bike, don’t underestimate the Frenchman!

There were rumours for a while that Davy Pootjes would be Herlings team mate in MX2 this year but factory KTM have decided to put him EMX250. Davy had a crash the other week and has a small shoulder injury heading into Italy. I feel that Davy will be battling for race wins towards the end of the season but that the start of the season could cost him the title because it’s his first year on the 250 so it could take him time to adapt, the Dutch kid is ridiculously talented though so don’t rule him out!

Another fast Dutchman that should be at the front is Nick Kouwenberg who is now with the JTech Honda team. Nick was a revolution in the class last year when Kemea Yamaha signed him half way through the season. I believe Nick will be a solid rider in the class and could get plenty of top five finishes.

Last year Italy had a round of the championship but it was held in Maggiora and there was a surprise winner. Thomas Olsen won the overall with a 3-3 finish, this guy is quick and could surprise people this year as he has signed for Bobo Schmidt KTM, that team usually do a good job working with the kids so watch out for the Dane!

Harry Nolte is now starting his new team and has signed Lars Van Berkel and Magne Klingsheim.  This will be a solid team as Lars being from Holland is really good in sand and Magne is really good in hard pack. These guys should learn a lot from each other and bring each other on, Magne rode MX2 GP’s last year and his results were respectable in what was his first year in the class but he has dropped down to get better results which will help his confidence.

As well as Pootjes there are also a lot of other new blood in the class that is coming up from the emx125 class last year.  David Herbreteau will be a fast rookie; he has already signed to ride GP’s for Monster Kawasaki in the future so they are obviously impressed. His style reminds me a lot of a young Dylan Ferrandis so look out for him this year, he could definitely be a front runner in the class if he adapts to the bike quickly.

The 2014 125 European champion Brian Hsu moves up to the emx250 class. I am unsure how Brian will adapt to the 250, he is pretty small and it also took him a while to adapt to the 125, but he is really talented so for sure he will get some good results!

Brian also has a rookie team mate, Bas Vaessen who is really good in the sand as he is from Holland. I think Bas will need a year in the class to learn though before he is a front runner but some top ten’s would be good him as a learning year and he isn’t as talented as the likes of pootjes and hsu.

Claudio De Carli has kept his faith in Joakin Furbetta this year as he has gave him a 250 ride. Joakin showed some real glimpses last year of speed but he is a really big guy and almost looked to big for the 125. That is why I think he will suit the 250 perfectly so it will be interesting to see how he will do but I think Italy will have someone to cheer on in MX2 soon!

Tomass Sileika is in a similar position as Joakin as he is a pretty big guy so should have no problems with the 250 and the extra power should help him, Tomass will stay with DIGA Racing for the season. Latvia currently have Jonass doing well in MX2, they have a bright prospect in Tomass so the future is bright for riders from Latvia!

Russia have also been producing some good riders lately and Ivan Baranov is the latest Russian to look good, he showed some good speed last year. He could be one to watch in the class, he did the ADAC championship and his speed is good for his first few races on the 250. It’s amazing how many fast guys are coming up at the moment!

Alvin Ostland is a really smooth rider and mature for his age, he was one of the top guys in emx125 class last year (he finished second in the series). Alvin will stay with the Mafia Yamaha team but I expect him to be a solid top ten rider, it won’t be long until a top team signs the Swede as he is very talented and a pretty versatile rider!

Bud Racing have signed Nicolas Decourt to be Despreys team mate, it will be Nicolas’ second year in the series. He has been riding the French championship in pre-season and hasn’t been too far off Desprey’s speed so I feel like he can get plenty of top five’s in the series this year as he had a learning year last year to get used to the 250!

It is also good to see plenty of Brits riding the series as James Cottrell, Liam Knight, Jason Meara, Charlie Hamlet, Robert Davidson, Micky Eccles, Kieran Banks, Jordan Eccles, James Carpenter and Albie Wilkie will all be behind the gate in Italy!

The amount of talent in this class is scary, this looks to be the most stacked the emx250 class has ever been. There are riders I haven’t even mentioned that could also have good results such as Dan Houzet, Ander Valentin, Frederik van der Vlist, Max Engelen plus many more. What an exciting season it is going to be!