EMX150: Preview and the riders 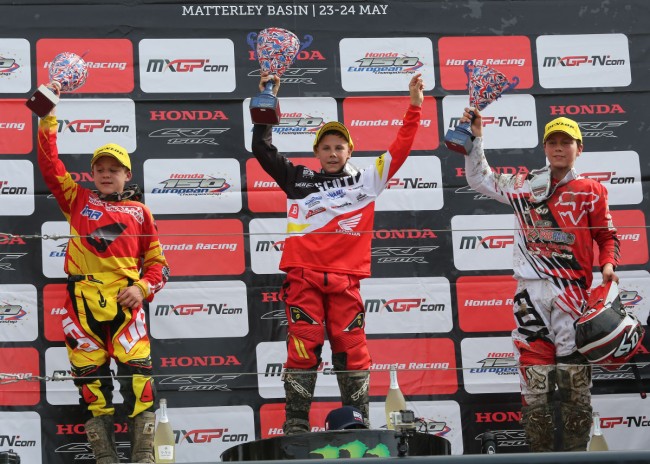 In a few days time the gates will drop for the first round of the Honda 150 European Championship 2016 season at Teutschenthal, Germany. For many of the riders, this will be the first time that they will experience the MXGP paddock.

Following on the training camp in Albaida (Spain) last month, a 31-strong grid will compete for the prize of a Honda supported EMX250 ride in 2017. A limited number of wildcard places will also be available throughout the season for outstanding local riders not competing in the full season.

This year will see 2015 series champion Emil Weckman return to defend his title. The young Finn, who rides for Team Manninen Bros., was a strong contender from the outset last year but the talented Brit Jack Bintcliffe took the title fight to the last moto in Assen.

As the only youth championship to support the MXGP World Championship, the 11-14 year old riders get the chance to compete in ten motos at five grand prix tracks alongside their stars, experience the MXGP paddock and get to grips with the four-stroke CRF150R. This year also sees the introduction of sponsorship from AXO and 24MX, who will be supplying the riders with AXO gear to wear while racing, a 24MX easy-up tent and some 24MX clothing.

The rider development programme that started at the pre-season training camp will continue throughout the season with series coach Gordon Crockard on hand to advise the riders. The 2016 season will also see the youth talent get the opportunity to develop their skills further in a mid-season training camp in Belgium.