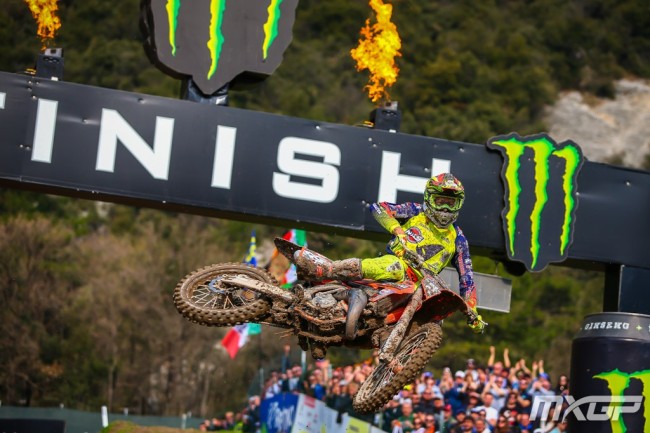 Young Italian rider, Emilio Scuteri was one of the favourites for the EMX125 Championship this year. However, he picked up an injury after round two of the championship which ruled him out for the rest of the season.

Scuteri has announced that he will step up to the 250cc in 2019 and stay with the Celestini KTM Racing team as they clearly believe in his talents.

It hasn’t yet been decided which championships Scuteri will contest in 2019. The options are to contest the entire EMX250 Championship or some rounds of the MX2 World Championship but a final decision still hasn’t been made.

Happy to announce that I will be with celestini for the 2019 season in 250cc. This will be the fourth year with this fantastic crew! Thanks @celestinimoto @jeremyjp191 my family and all sponsors #ES228