Edmonds: I will pull out of this rut 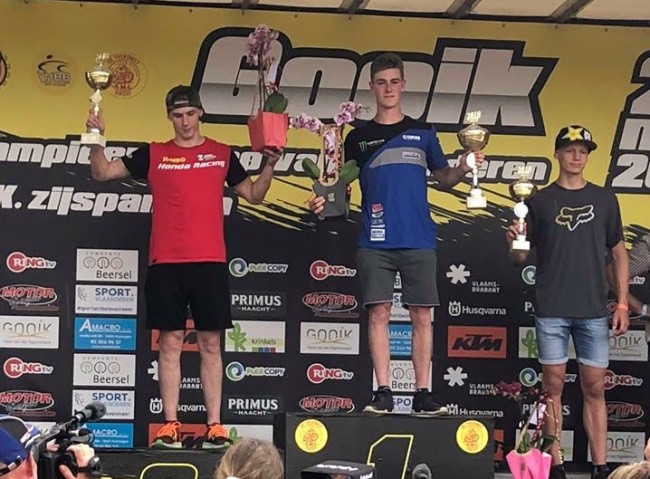 The weekend saw the Apico Husqvarna team head to Canada Heights for the second time this year for round four of the Michelin MX Nationals.

Sunday mornings qualifying session saw both Jamie Law and Stuart Edmonds secure positions within the top 10 as Jamie took 9th fastest ahead of Stuart in 10th.

After lunch it was time for the opening race and it was a tale of two different races as Edmonds made a good start but two crashes during the race saw him finish down in 10th, while Law recovered from a bad start to move forward all race long to finish 11th.

The second race saw both Edmonds and Law start well and inside the top 10 of the MX1 class. For Law it was a steady race as he moved to 7th at the finish while Edmonds suffer another double crash and dropped to 11th at the finish.

Stuart Edmonds: This weekend was tough for me. I finished 10th overall but I really struggled all day long with 2 crashes in both moto’s. It’s just not how I roll as I’m a smoother rider than that and I know I can achieve better results. The main thing is I finished the weekend and I will just have to keep the head up and work hard over the coming weeks to get myself back into the form I know I can be in! Thanks to the team and all my sponsors for their support also to Tom and his crew for their help and getting me to the MX Nationals as I would be lost without him. I am just having a bad run of it but I will pull out of this rut for sure and I will never give up!

Jamie Law: Made a decent start in the first race but touched another rider in the first corner knocking my hand off the bars and causing a crash so first race was a struggle. Second race average start rode ok for 7th MX1. Looking forward to Hawkstone next weekend

Dylan Brown: Canada Heights is a demanding track and technically hard due to the ever changing track conditions. That said, the lads both put in determined performances coming back from setbacks in the races. We’re regrouping and moving forward this weekend to Hawkstone where Matt will rejoin the team and we hope for stronger performances in the Maxxis British Championship.