Edmonds currently has no ride for 2017! 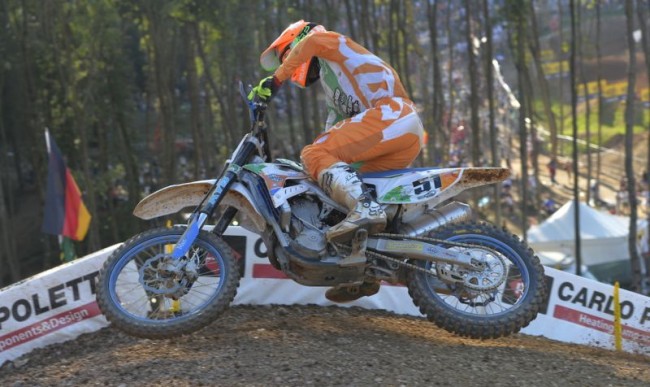 After racing in Germany during the 2015 season Stuart Edmonds was back competing in the British Championship this year. He had some early season problems but he had ended up having a very good year on his Metcon CCR TM machine and finished tenth in the MX1 Maxxis British Championship.

In my opinion this year has been the strongest the MX1 British Championship has been in a long time with three GP riders in the form of Shaun Simpson, Tommy Searle and Jake Nicholls at the front. The fact that top riders like Steven Lenoir, Kristian Whatley and Tanel Leok etc were battling for around fifth in the series shows how strong and deep the field was.

The fact that Edmonds ended up tenth in the series is impressive. Unfortunately the Irish rider has been left with a ride for the 2017 season and hasn’t got anything at the moment. It’s rather worrying times when the rider that finishes tenth in the British Championship is left without a ride!

It’s unlikely that Shaun Simpson and Tanel Leok will compete in the series next year so I don’t see the series being quite as strong next year so it will give a chance to riders like Edmonds to do even better.

If you’re interested in helping Stuart for the 2017 season either get in contact with him or email us at info@gatedrop.com and we will help get you in touch. With experience of competing in the German Championship I am sure racing abroad is also something Stuey would consider!