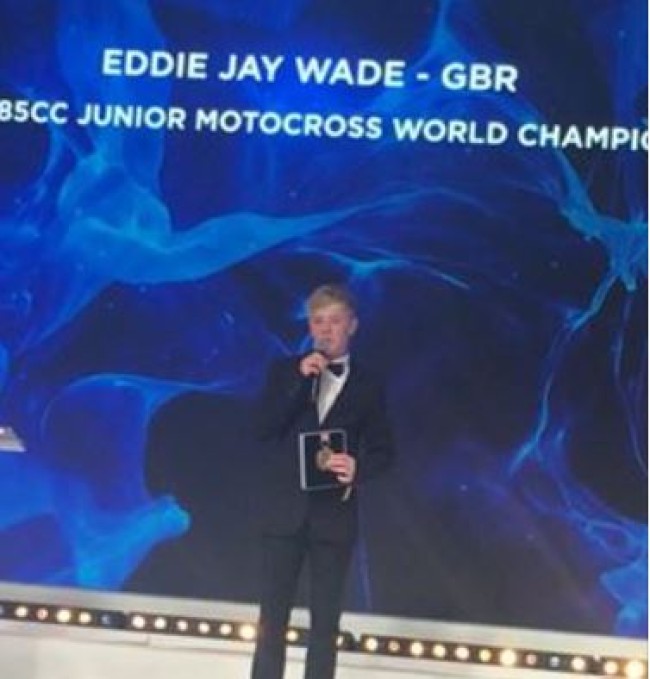 British 85cc world champion Eddie Jay Wade got to rub shoulders with some of the legends of motorcycling when he collected his own world title at the FIM gala.

Wade, who might one day be one of the multi-time champions himself one day, admitted it was “awesome” to meet some of his heroes.

But the very fast Brit is now a world champion himself and with hard work could well become one of the riders the next generation will be getting photos with in ten years time!