Dylan Woodcock to step away from racing MX professionally 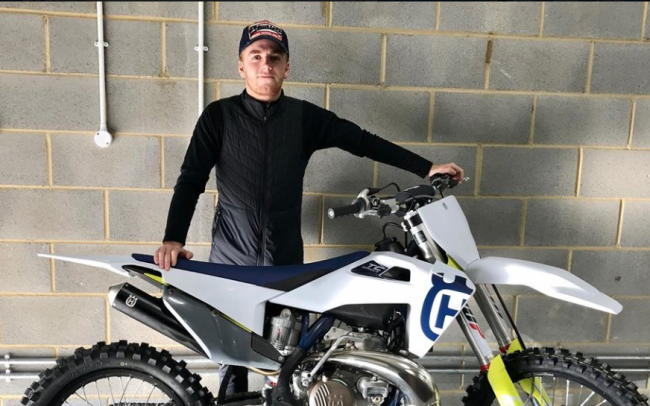 Dylan Woodcock has had quite the career between racing in the British paddock, GP paddock in the EMX250 series and racing selected AMA Supercross rounds – he’s done his far bit of travelling to say the least.

At the moment Woodock is contesting the Arenacross UK series on a Kawasaki but once the series is over, Woodcock will be riding a Husqvarna, a bike he knows well from his time at Revo Husqvarna in the past. However, it’s been confirmed that Woodcock will step away from racing Motocross professionally.

The British talent will be working on something a little bit different with Dirt Hub and Husqvarna so he will be staying in the sport. At the moment there isn’t a tonne of detail on his future but more should be revealed after the Arenacross UK series so we will continue to keep you posted.

Woodcock will still compete in Supercross and Arenacross championships in the future but won’t be a fulltime Motocross rider however he could still ride selected outdoor events.

“All change. Stepping away from racing professionally in motocross Dylan Woodcock #260 is working on something a little different with Dirt Hub on the TC 250 for 2020”, Husqvarna UK stated.

“Pretty excited for this opportunity with @husqvarnamotorcyclesuk and @dirthubuk Doing some different projects throughout the year, But most of all just having a good time riding this sweet TC250”, added Woodcock.