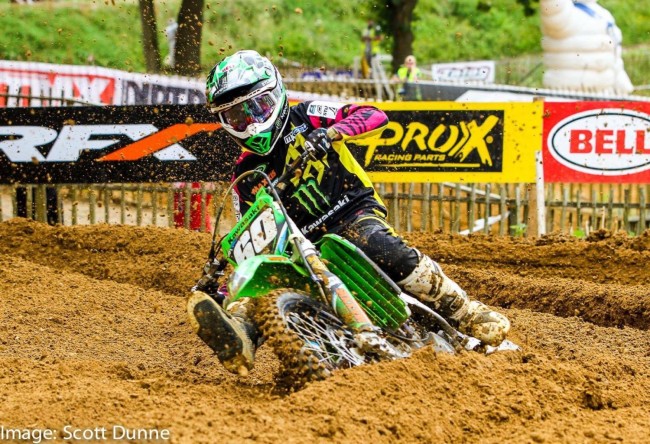 Dylan Woodcock has confirmed that he will leave the Team Green Kawasaki effort in the UK.

The Brit has been with them since the 85’s but his time there has come to an end.

It remains to be seen what the future will hold for the talented Brit but he will be hoping to be a front runner in the British series next year.

Woodcock also contested the British Arenacross series in 2017 so don’t be surprised to see him take part in that again.

It's been a good few years working with the whole Team green Family but it has came to an end, they have brought me from an 85 small wheels to my first year in Mx2. Ross Burridge and Jeff Perrett have done a lot for me over the years and I would like to say a massive thank you to them and I am glad to say we will remain good Friends. Now let's see what will happen for 2018 👍🏼🇬🇧 Thanks to all the sponsors that have helped along the way @teamgreenracinguk @thormxofficial @alpinestars @monsterenergy @bellpowersportsuk @team6t9 @hartwellplc @kassuspension @talonengineering @dunlopuk @polisportplastics @boyesenfactoryracing @apicofactoryracing @sgutmx @mxben711 @crybrand @pod_active @toptul_tehran