Dylan Walsh secures a ride back in the UK 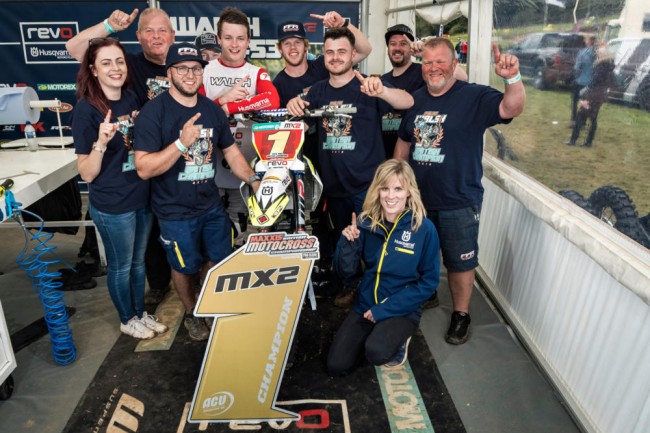 Reigning ACU British MX2 champion Dylan Walsh is back in the UK after reuniting with his title-winning REVO team – although, if the series does go ahead, he won’t be defending his crown on the race-proven FC 250!
Instead, the talented Kiwi will be switching up to the MX1 class on a Matt Smith Racing CRF450R after REVO – the global market-leading performance tuning software company – came on board alongside existing MSR main sponsors Excel Body Repairs and Redline Motorcycles.
REVO will be providing full technical support for MSR for the remainder of the season.

Mark Yates (REVO)
“The opportunity arose to support Matt at MSR as a technical partner and it coincided with us bringing Dylan over from America ahead of our future plans. It’s a shame he has to be in MX1 as we hoped he would be able to defend his #1 plate but due to availability of bikes this is the only way we can do it.
“Having said that, Dylan’s been going well in America on a 450 so it’s a good way to see the year out.
“I’m excited about this new partnership with Matt – we’re both incredibly passionate about motocross and after all the uncertainty surrounding this season we can’t wait to go racing.”

Matt Smith (MSR)
“Due to the ever-changing situation we’re currently all facing, Mel Pocock has decided to sit the rest of the year out. Therefore this has given us a great opportunity to get another talented rider on the bike. “After speaking with Mark at REVO we decided to get in contact with Dylan and put a deal together for him to come and race in the UK with the possibility of attending some GPs. I am really excited to get the season started at the MX Nationals on August 1-2 at Hawkstone Park.”

Roger Larsen (Seven)
“Having had Dylan stay with me in California for the last three months looking for a ride I suggested he went back to the UK for this year and ride with the boys at REVO.
“I’m pleased we managed to put something together with Mark and Sam and look forward to what 2021 can bring too! Dylan is too talented a rider to sit on the sidelines and at the moment in the US there’s not much going on – going back to the UK and with the chance of a couple of local European GPs was the best option!”