Dylan Ferrandis discusses Ironman – frustrated on only winning one overall 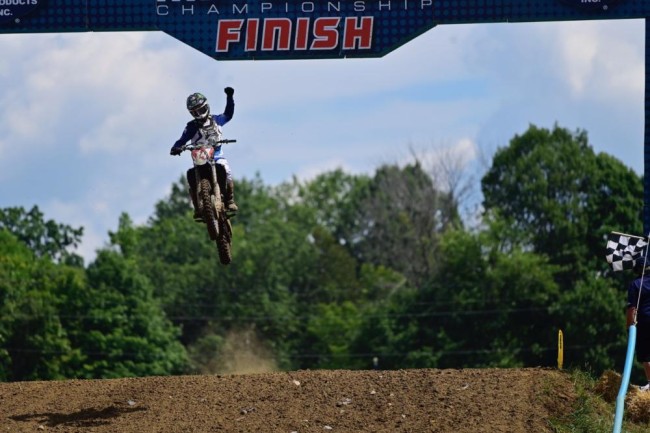 Dylan Ferrandis has showed some amazing speed in the 250cc AMA Nationals after three rounds of the series but a couple of bad starts have cost him. The French rider only has a four points championship gap over Jeremy Martin and has only won one overall despite the amazing speed he’s shown.

Ferrandis had plenty of interesting things to say in the press conference after the Ironman National.

On how Ironman went for him..

It was a disaster start in moto two. I knew the championship was on the line so I just give everything I had, I tried to do my best and pass as many guys as I can. I was feeling really great today, physically and technically with my bike and everything. In moto one I just showed what I can do on the bike, I just felt great and the crash in moto two, a bit of a disaster. I came back really good and still keep the red plate which is what matters the most. We will see this weekend but it would be nice to stop these kind of mistakes. I mean the last race (LL2) was a muddy condition but I feel like I could do a little better and maybe win the overall and today was the same. I feel like the overall was for me but I need to put myself out of trouble.

The strategy of using the inside gate..

I feel they didn’t rip as deep the right side as they did the rest of gate so I felt the inside was more safe. When we did the test starts in the morning, the middle of the gate was really really deep so I went with the inside gate and it worked.

On his team mate (Shane McElrath) pinching him off at the start and then going down collecting him.. it was nothing malicious but does it get awkward back at the team truck?

It’s a good question. From my point of view, before the corner, for me we have to talk about it, I was too mad to have a conversation with him so we didn’t have time to talk. For me, it felt like he tried more to block me down the straight than he did focus on himself. He then crashed at the corner and after I didn’t really understand how he crashed but I was right behind him so I couldn’t go anywhere. The crash, that’s no problem, I also crash sometimes at the starts by myself and that happens but I was frustrated about what he did on the straight away, I don’t understand why he went down the right and blocked me instead of going for the holeshot. That’s something we will discuss together, we both weren’t happy with the result so it wasn’t a good time to talk but it’s something we will have to do I think. 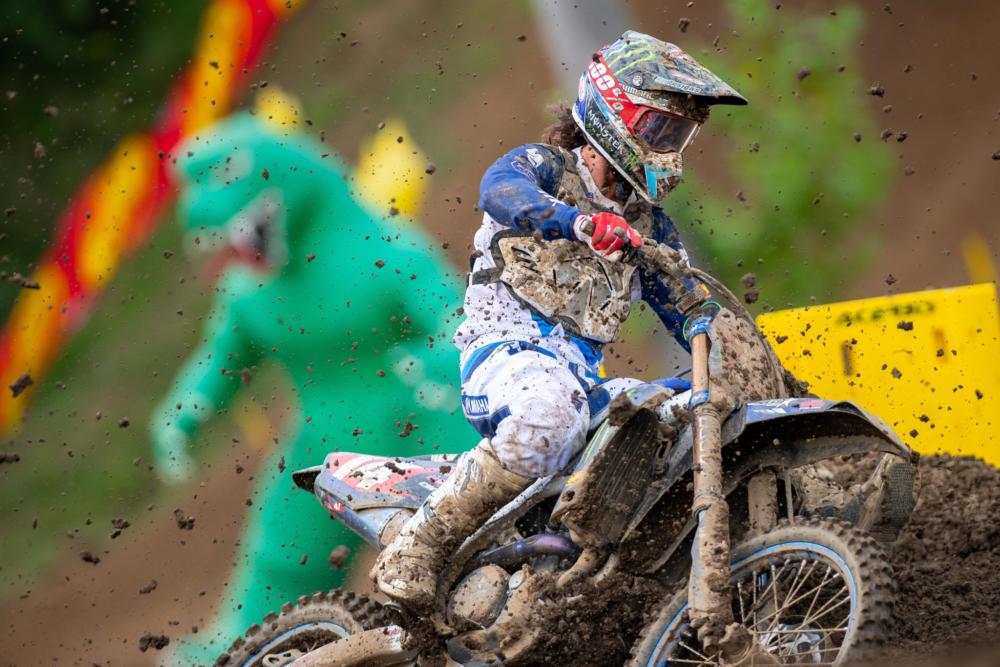 On was he surprised at how far he got up and ended up third after being dead last in the second moto..

I don’t know, when I crashed I just wanted to get back on the bike as soon as I can.  My engine turned off so I had to restart it, I mean it happened so fast I didn’t think about it. When I finished the race I didn’t know were I finished, I expected it was the top five but I didn’t really know and when I saw my mechanic I asked him. I mean what is good to do in this situation is to not panic and think about the championship, where you might finish or anything. That’s what I did and it worked great but it’s a situation you don’t want to be.

On the second moto and having less pressure coming through the field as oppose to having pressure from behind when going for the win – does it make the moto go quicker?

A little bit yes. At some points in moto one I had a big gap and I wanted to increase the gap but my team told me to calm down so it was kind of hard. To ride slower than what you can is not easy to do. In the second moto, I was so fast and I wish we could have had more laps, it was two completely different feelings. At the end, I did my best and there’s nothing else I can do. 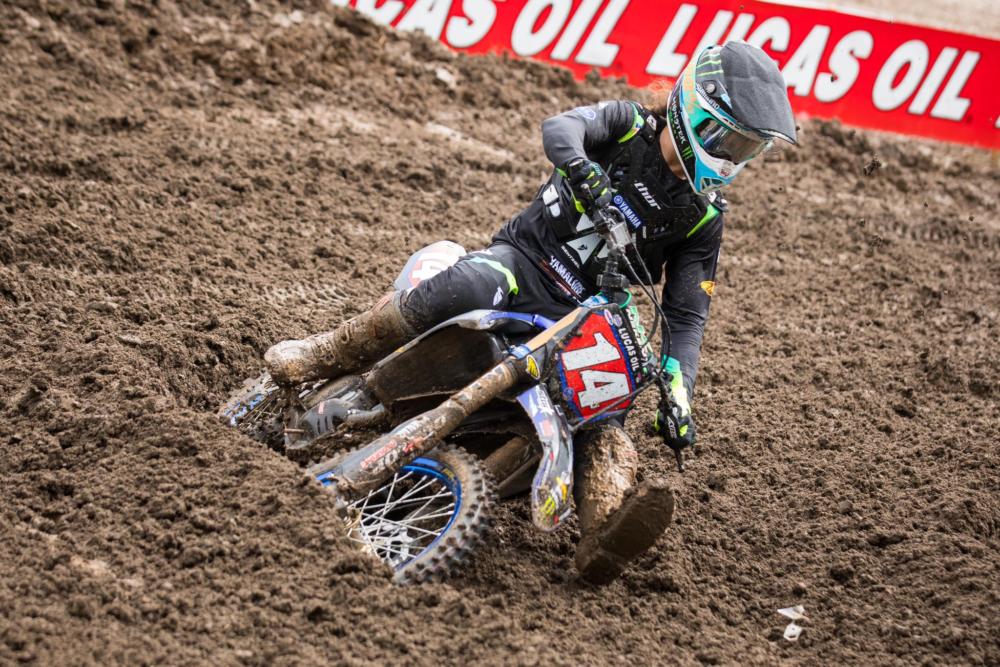 On only having one overall win so far despite the amazing speed..

I’m so frustrated. I am not happy, honestly I am not happy. The way I ride, it should have been 1-1 today, last weekend for sure was mud conditions but I could do better and this weekend I am really frustrated. For sure my crew and the people around me were really happy and proud of what I did but for me personally, if you ask me if I’m okay with it – no, I am so mad  and really mad. It’s not fun to be faster and to not win so mentally it’s hard. It’s weird but it’s hard tonight and also for last Saturday night, I’m not happy at all.

On starting to look at the 450cc class as he knows he’ll race with them next year or just fully focused on the 250cc class..

I always watch the 450cc class and try to analyse everything since I’ve been 12 years old. I mean I love this sport and I’m also a fan so when I don’t race the 450cc class I always watch and look at what the guys do. For sure I know that next year is going to be a big move and I know it’s going to be really hard to fight with these guys but we all know what the 450cc looks like. I just want to finish this year on a high note and then move. It’s going to be interesting, I can’t wait to be on the 450cc. For sure I’m focusing on the 250cc and I really want to win it but I really want to move to the 450cc as soon as the season is done. That’s what I will do.