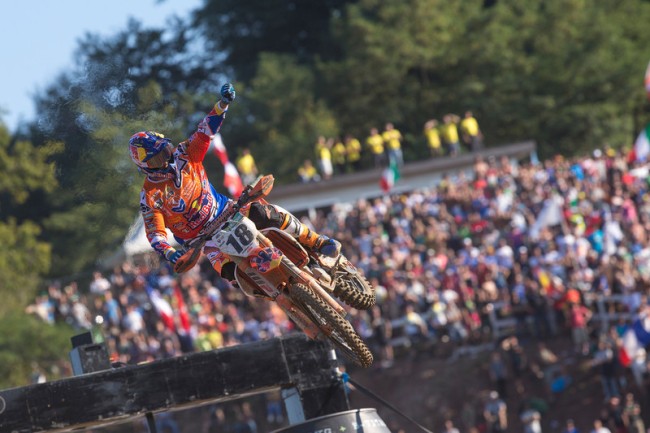 The second big-name team announcement of the day is by the Netherlands – and they go with the same team that nearly took the title last year!

The strong trio of Jeffrey Herlings, Glenn Coldenhoff and Brian Bogers like last year, will represent the Dutch team at the Motocross of Nations (MXoN), on October 1 in Matterley Basin. Last year, the Dutch team was second at the MXoN Maggiore in the Italian and therefore may Team NL will count this year the top favourites.

Marcel Hartman, KNMV-coach:
“For the first time in years, we come to the start with the same trio as in previous Nations. This year there are many teams that are evenly matched in terms of level, but Jeffrey Glenn and Brian are well attuned to one another. Therefore, we have certainly not inferior to the rest and we will again compete for the podium this year. “