Dutch Champions to be decided this weekend! 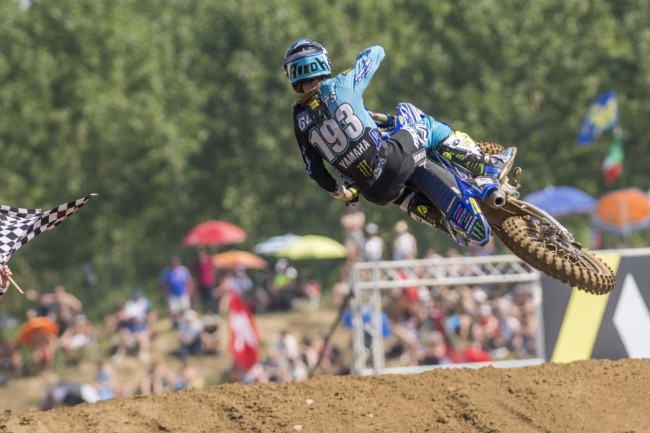 The final round of the Dutch Masters of Motocross takes place this weekend at the Zwarte cross festival and there’s four titles on the line.

Let’s start with the talented youngsters and Holland has plenty of them. In the 85cc category, Kay de Wolf looks to have things under control at the front as he has a 28 points gap over Kay Karssemakers. Both the Kay’s are fast so look out for them in the future.

Another talented youngster of Dave Kooiker is third a further 7 points behind, he’ll be looking to snatch second this weekend.  Scott Smulder is only a further 5 points behind that so he could be the dark horse for a top three finish.

Unfortunately, Liam Everts is heading to German for the ADAC German Championship so is therefore not competing.

The 125cc category is extremely close in the race for the championship as only five points separate four riders so all four have a chance of clinching the title this weekend.

Talented Swede, Filip Olsson is tied with Raf Meuwissen in third. The Dutch fans will be hoping either Dankers or Meuwissen can bring home the title.

It might only be his first year in the MX2 World Championship but Jago Geerts has been pretty impressive and the Dutch Masters have been going ever better for him. The Belgian talent has a 13 points lead over Calvin Vlaanderen in the fight for the title.

After a crash last weekend in Indonesia Geerts missed the second moto so it will be decided later in the week if he can race the final Dutch Masters but he’ll want to in order to clinch his title.

LRT KTM’s Davy Pootjes is the best Dutch rider sitting in third but he also crashed in Indonesia meaning he’s a doubt for this weekend. F&H Kawasaki’s Jed Beaton is fourth in the championship but after a huge crash at Matterley Basin he’s out for the season so he will definitely miss the action this weekend.

Thomas Covington didn’t have a great start to the season so he’s currently only sat fifth in the series but will be looking to end up top three. Top Brit, Ben Watson has been having a great season in the MX2 World Championship but the Dutch races haven’t been going as well for him as he’s only seventh in the series after three rounds.

There’s not much of a surprise in the MX1 class as Jeffrey Herlings has maximum points from the first three rounds and has a 30 points gap in the championship. It’s the ICE ONE Husqvarna team mates who are battling for the runner up spot. Currently, Gautier Paulin has 9 points over Max Anstie.

Dutch rider, Glenn Coldenhoff and Romain Febvre are battling over fourth with just 3 points between them.

It should be an exciting weekend of racing with four championships up for grabs!