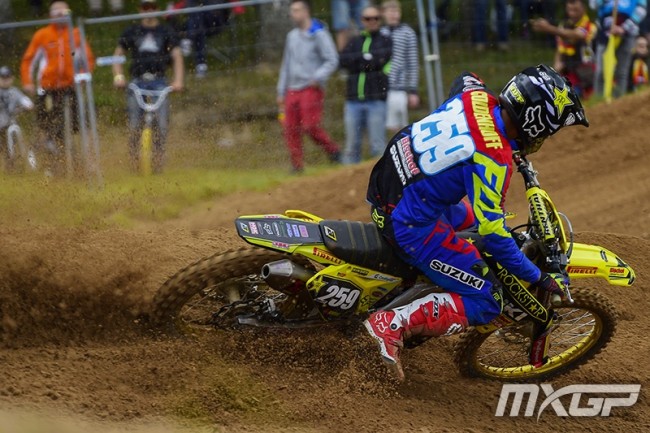 KTM Motorsports and the Red Bull KTM Factory Racing Team are pleased to announce that Dutch rider Glenn Coldenhoff joins the team as of the 2016 season. Coldenhoff will be part of the MXGP squad and will ride the KTM 450 SX-F factory bike.

KTM Motorsport Director Pit Beirer: “We are very confident that Glenn will be a valuable addition to our MXGP lineup. He is a rider of talent and potential, qualities we always watch out for when recruiting for our senior motocross team. We believe Glenn will make a strong contribution and we look forward to him racing for plenty of podiums.”

Coldenhoff began racing at an early age and was the Dutch National Champion in the 85cc category in 2004 when he was just 13 years old. He then worked his way through EMX and the ADAC Junior Cup ranks before moving up to MX2 in 2011.

In 2013 Coldenhoff competed in the MX2 class on a KTM, finishing a very creditable fifth overall, and in the process, picked up 472 championship points. In the same season he also took the MX2 win at Britain’s Matterley Basin circuit. In more recent times he has also shown character in being able to put injury setbacks behind him, and he lists mental strength as one of his best qualities. He will be 25 in February 2016.

In 2015 the Dutch rider also celebrated his first MXGP win at the Kegums circuit in Latvia after picking up the first race win, and finishing second in race two. Red Bull KTM Factory Racing welcomes Coldenhoff to the team, where he will race alongside KTM’s multi world champion Antonio Cairoli next season.

Red Bull KTM Factory Racing MXGP Team Manager Claudio de Carli welcomed the arrival of Coldenhoff to his lineup, saying: “Talking with Glenn I felt he had the will, and the enthusiasm to be part of our group and I’m sure this is a positive start to building a good season. Glenn is young, with one year’s experience in MXGP, and he has already shown his qualities. We will try to make sure he is in the right condition to give his best, but without any pressure. Our goal in defining the 2016 team was to have a talented young rider with a lot of ambition and a desire to grow, alongside our great champion Antonio Cairoli. I believe that Glenn is the right choice.”