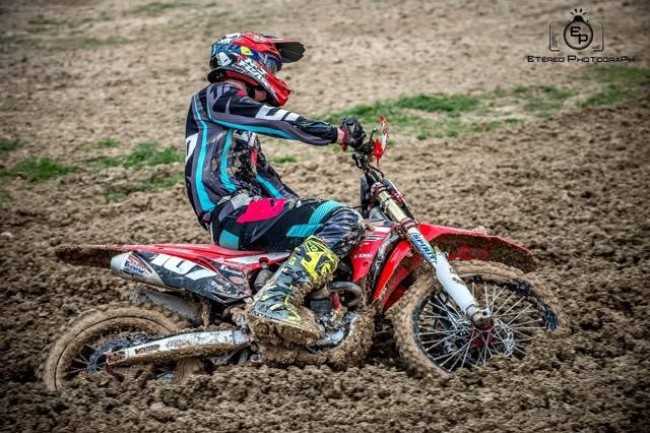 Lars van Berkel has been a replacement rider for the HSF KTM team after the injuries to Davy Pootjes and Calvin Vlaanderen. He will continue as a reserve rider for the HSF Motorsport team if any of their riders getting injured during the rest of the season.

However, Van Berkel has now been drafted into the Cologne based DIGA-Procross Husqvarna Team. He will compete in some of the remaining rounds of the MX2 GP’s in Europe, at the moment three is planned with the team. Lars might also compete at some of the ADAC German MX Masters.

It is the next step for the young German Husqvarna Team as they aim to become a Grand Prix team.

Team manager Justin Amian: “It was a very spontaneous inquiry and also an opportunity for us to allow a young rider to compete at some of the remaining rounds of the MX2 GPs, which we could not miss.  Lars van Berkel is an excellent sand rider and we hope we will be able to make some good results with him in the outstanding races, especially in Lommel and Assen.”

Lars will have his first tests with the team in the next few days to find a good setup for the bike.