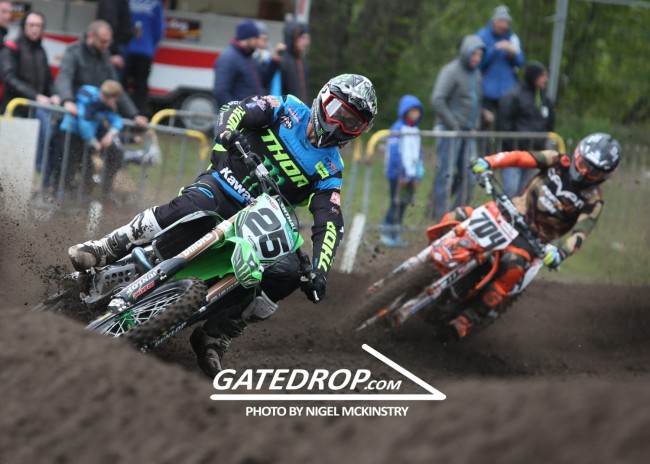 Some MXGP stars were in action in Belgium today before they head to America for the next round of the World Championship.

It was a great day for Clement Desalle as he went 1-1 on his Factory Kawasaki.

Shaun Simpson finished second overall by finishing fourth and third in the moto’s. It was a great day for Jeffrey Dewulf as he ended up third overall and edged out Kevin Strijbos for the last spot on the podium.

Steve Ramon proved that he can still run a good pace as he finished 2nd in the second moto and beat Shaun Simpson! What a ride from the ex World Champ.

Get the results below: