Desalle OUT for the MXDN! 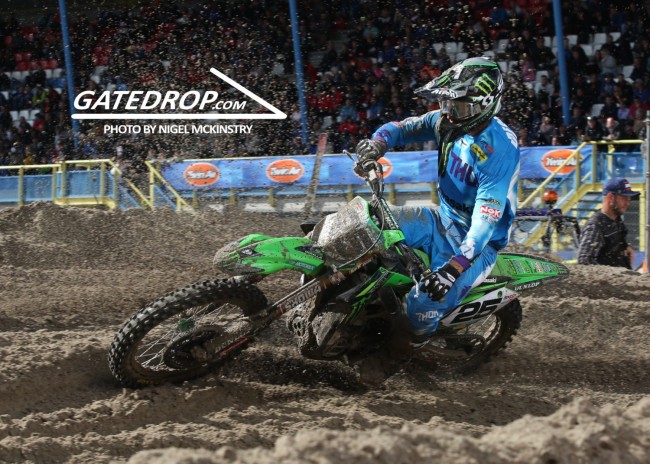 It’s not good news for Clement Desalle who took a big crash during the MXGP of Assen. He’s thought to be struggling with a back injury and has been ruled out for the rest of the season.

It’s a big blow for the Belgian who has missed the MXDN event since 2013 when he helped Belgium win it. Ever since then he’s picked up a number of different injuries meaning he has had to pull out of the event. Hopefully he makes a full recovery soon though and can still get a full winters preparation in before the 2018 season.

Joel Smets has confirmed that Kevin Strijbos will now race in the Open Class for Belgium. Strijbos has showed good signs of speed during the last two MXGP rounds and usually ups his game at the Nations. The team for Belgium is now as follows: