Dekker IN for the MXGP of Lommel 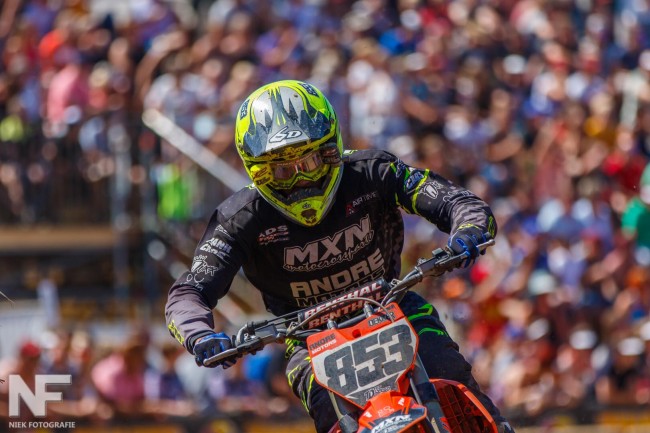 Nino Dekker made his MXGP World Championship debut last year in Assen and has decided to contest Lommel this weekend after securing a wild card entry.

The Dutch rider rides the sand a lot and with a round of the MXGP World Championship taking place just over the Dutch border, he’ll ride in Lommel this weekend.

“After I had a lung injury before the 2nd round of the dutch masters I gave up hope to ride in Lommel. But the riding has went very well the last weeks and the fitness is getting better and better. I made the decision last Sunday in between practice sessions at Berghem. The riding was going good all day. I had a quick chat with my dad and the decision was made.

“I just enjoy the weekend. Last year at assen I gave too much in free and warm up practise. So, this year I will try to save as much energy for the races. Biggest goal is to get as close to the GP riders as possible. But most of all I want to enjoy and keep it on two wheels. See you guys there, let’s eat some sand”.