Dean Wilson confirmed as the third member of team GB 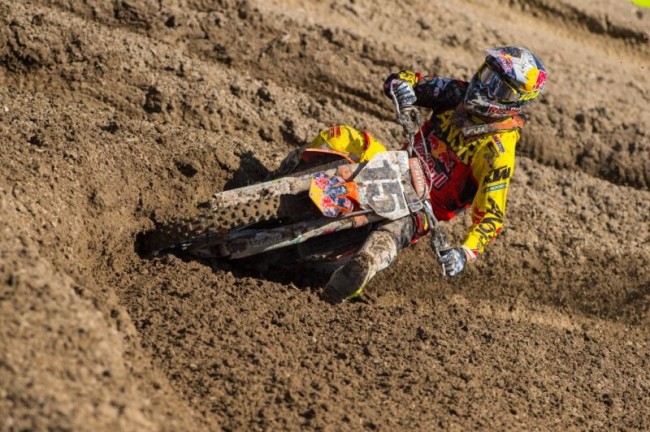 Following Shaun Simpson and Max Anstie being selected a few weeks ago for team GB the race was on to win the final spot in the team.

But it has been announced that Dean Wilson, following two decent performances in America as he comes back from a serious knee injury, has been awarded the final spot.

Wilson scored a fifth in the second moto at Utah and will still have a month to prepare himself further for the Nations including racing the US GP the week before.

Wilson said on Twitter: “Delighted to hear I will be the MX3 rider for MXON. Very excited to have another opportunity to be with team GB.”

Tommy Searle’s recent rib injury forced him out of contention although Nathan Watson may be disappointed not to get the call up after some impressive top ten performances in MXGP.

But, Simpson, Wilson and Anstie is a strong team and should be able to fight for the podium.