Dean Ferris on his time with Dixon Racing 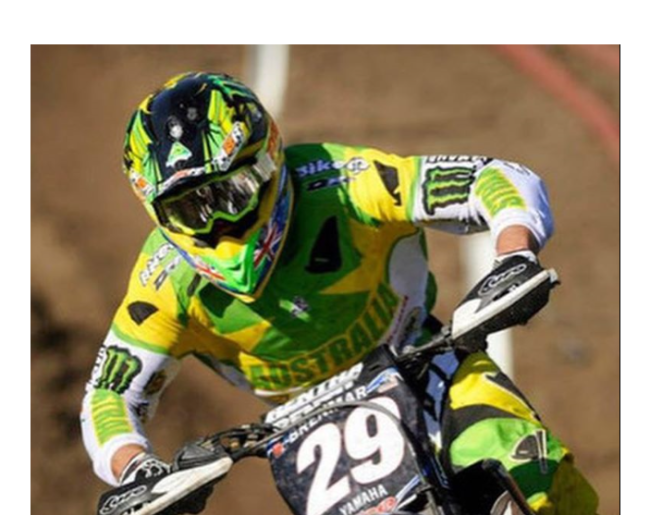 Dean Ferris looks back on his time racing the MX2 World Championship with Dixon Yamaha (now Kawasaki), with fund memories.

The Aussie says his bike at the time was the fastest 250cc in the world that year.

The year after Ferris ended up in the AMA paddock signing with Red Bull KTM and admits that he should have stayed in the GP paddock as it would have better for his career.

Read Ferris thoughts on his 2013 season below:

At round 1 of the GP’s at Qatar I scored my first podium – 2nd overall. It was no huge surprise for me as my preseason was solid and I felt fast on the 250. I missed round 3 due to a broken collar bone. I scored another 2nd overall in Portugal but for the mid part of the season I struggled. A little with my health, a few mechanicals and not gelling with my bike. I bought some factory KYB suspension and swapped out what I was using, went back to a production frame and changed my triple clamps. I was immediately back on the podium and a couple GP’s later I went 1-1 to win the GP of Belgium. It was a dream come true☺️ When you accomplish something so great, all you wish is someone to share it with and I’m so grateful that my mate Patrick was there with me that day.

My confidence kept growing in my machine and when the gates dropping in Germany for the MXoN I managed to hole shot on my 250f. I scored a 4-5 results to help Australia finish 4th overall. Oh and we qualified 1st that weekend 🇦🇺 all the rumours you heard about that bike was true. IT WAS the fastest 250 in the world that year.

After some controversy I signed with Redbull KTM to race AMA’s the following season. In hindsight I should have stayed in Europe but I needed a change for things to be different.

Fun Fact: I borrowed money to buy groceries on the way to the GP that I won. I was that broke, they were tough times.
Fact: I set the fastest single lap at The MXoN that year.
Fact: I was the only Yamaha rider to win a GP in 2013
3 Moto wins
2 Qualifying wins
4 Podiums
MXoN for team Australia.
WHAT A YEAR