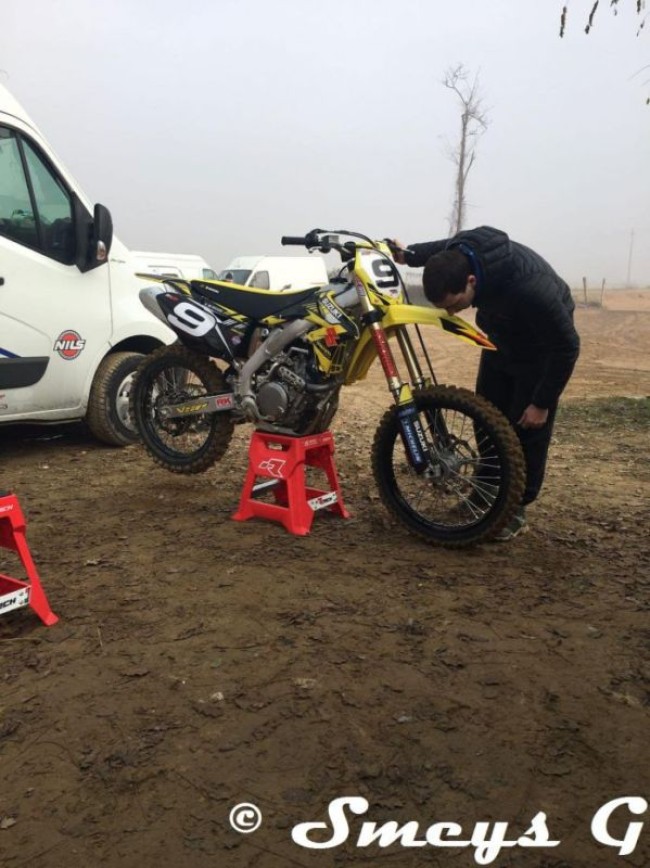 Ken De Dycker has announced he will race for J-Tech Suzuki in MXGP next season.

The news was revealed on his blog:

“Ken made a one year deal with the Italian team J-tech. He will ride the European MXGP’s on a Suzuki RMZ 450 with an option for the overseas MXGP’s. J-tech team that was founded in 2012 and has his base near Parma, Italy, the team switched from Honda to Suzuki. They will be supported by Suzuki Italy.

Ken de Dycker: ” I’m really happy to join the J-tech team, I already feel very comfortable in the team and on the bike. These weeks we gonna do some more testwork with the new Suzuki. I’m fully recovered and I want to come back strong in the world championship. I want to thank all my sponsors for their support and trust in me.”

2016 was ruined for De Dycker after two serious injuries so hopefully the talented Belgian will be able to show his potential again during injury-free 2017 season aboard the Suzuki! “Big Ken” had some of the best years of his career on Suzuki when he rode for the factory team in 2008 and 2009 finishing third and fifth in the world championship.