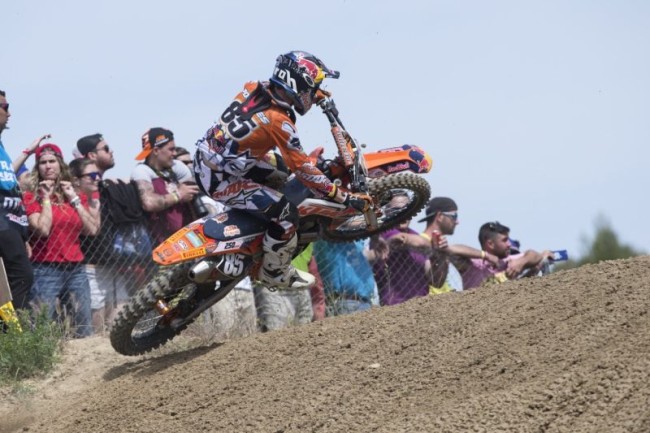 Highly touted prospect Davey Pootjes will make his GP debut in italy this weekend. The Dutchman tweeted that he is excited to be racing in Italy to confirm his participation.

Pootjes had a fifth and a third at the British Championship at Hawkstone park and is running eighth in EMX2 after a slightly subdued start to the season following a big crash in pre-season.

But this will be the biggest test of Pootjes career and if he does well it might give KTM the confidence to put the Dutchman in MX2 next year and move Herlings to MXGP!