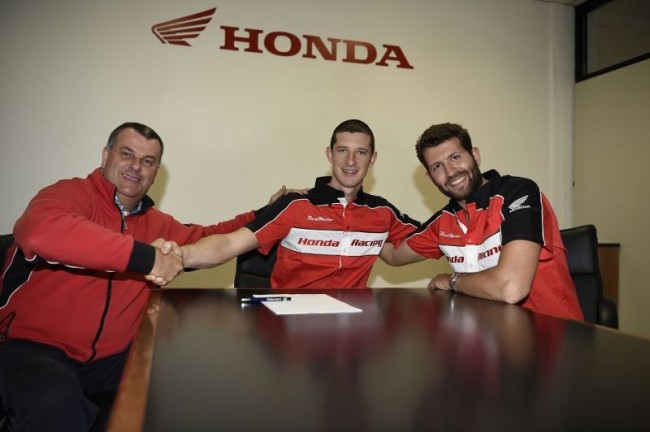 It is the end of an era! Davide Guarneri who was been a rider in the World Motocross Championship for twelve years will now make a switch to the World Enduro scene. He isn’t the first motocross rider to make the switch this winter as he follows Pascal Rauchenecker and Nathan Watson!

Davide will compete in the World Enduro and the Italian Championship with the RedMoto Honda team as he has signed a two year deal with the team. Davide has rode for many top teams in the GP paddock including Ricci Yamaha, LS Motors Honda, BUD Kawasaki and the most recent being Factory TM.

It seems like Factory TM have decided to not run a rider in MXGP for the 2016 season, it is sad to lose a factory bike in the class – lets hope they make a return in future because Davide has shown that the bike can be competitive. However, they will continue in the MX2 class with the talented SamueleBernardini.

Gatedrop caught up with Davide Guarneri and he had the following to say about the switch. “I can say this will be a big change for me in 2016 in the Enduro WC after 12 year in the World Motocross Championship. I had good moments with two wins and some great season and bad moments, after this season TM racing inform me really late they probably will not put a bike in the MXGP class and in that time most the contracts have almost done. I had a contact with Honda Enduro with really good support and nice two years deal. I will keep doing some things in motocross but right now the only plan is to focus on the EWC”.