Davide Bonini forced to step away from the sport 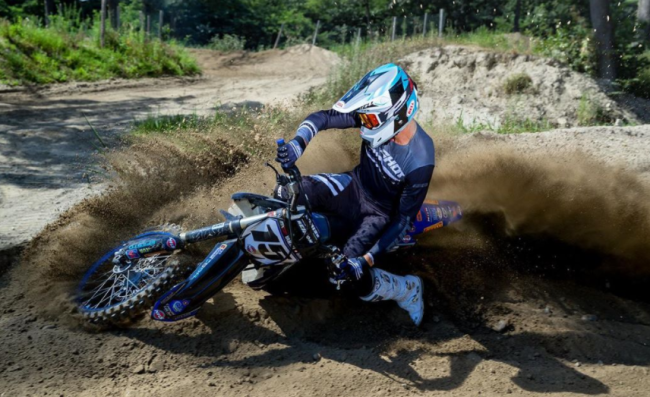 Italian rider, Davide Bonini has been forced to step away from the sport after a big injury last year he’s never been able to fully recover from. Bonini who’s just 24 years old has had plenty of success during his career.

In 2012, Bonini finished third in the competitive EMX125 championship and was tipped for a bright future. The Italian did go onto race the EMX250 championship as well as the MX2 World Championship and can be happy with what he achieved in a sport he clearly loves so much.

“Difficult to find the right words to say it but somehow you have to try. I have always been terrified that this day would come and I hoped it would never come, but unfortunately when something does not go the right way the only thing you can do is to turn the page and move on. A long, important chapter closes, full of satisfactions, joys and sorrows. After further investigations, unfortunately the consequences of last year’s injury leave me no choice but to not line up behind a starting gate again”, Bonini stated on social media.

“I would like to thank whoever has been with me in these 18 years of racing, it has been a long and intense journey that I never imagined would end in this way, but as a famous queen song says “THE SHOW MUST GO ON” and it has arrived the time to look to the future with other perspectives”, concluded Bonini.