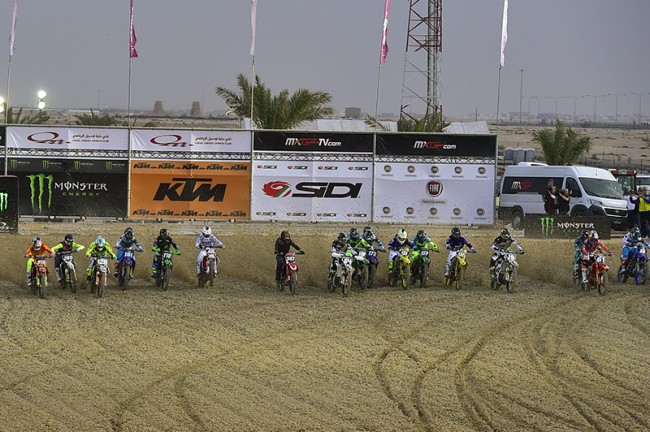 MXGP will head back to the Middle East for the first time since 2016 if the opening event of the 2021 FIM provisional calendar goes ahead with the inauguration of the Grand Prix of Oman. The venue is one of four new sites on the initial agenda for next year; much of which depends on how the COVID-19 pandemic develops. Promoters Infront Motor Racing have already shuffled the schedule a month later than the traditional early March start date with the trip to Oman and the current motocross circuit based close to the airport in the capital city of Muscat slated for Saturday April 3rd.

“This discussion was ongoing for some months and it is a fantastic feeling to have it finalized,” commented Infront Motor Racing’s CEO David Luongo. “The Grand Prix is supported by the sport national authorities and a local promotor. The GP will be in Muscat area and directly accessible from all its facilities. Oman is a beautiful country with a lot of history and beautiful landscapes, so we cannot wait to open the new season.”

Little is known about the location of the GP circuit but Muscat currently has a motocross track adjacent to the international airport and only a few kilometres east of the city centre. MXGP last visited the region from 2013 to 2016 with the Grand Prix of Qatar at the Losail International Circuit motorsport complex. Oman, which is a few hundred kilometres southwest of Qatar, Dubai and Abu Dhabi, is mountainous in the Muscat northern region. “Oman is one of the most proactive country regarding motorsports in the Middle East with a lot of rally, car and bike tour in the desert, seaside and mountains,” Luongo adds. “We are bringing MXGP to a new country of motorsport passionate fans.”

Losail made use of the vast lighting system to create MXGP’s first floodlit Grand Prix and to avoid some of the harsher daytime temperatures. According to Luongo, the Oman fixture will take place in the daylight. “It will be a two days format with Friday and Saturday, and we didn’t plan to make it a night race.”

Qatar markets itself as the gateway between east and west (helped by the massive network of the award-winning Qatar Airways company) but motorsports events at Losail have attracted limited crowds since it drew MotoGP, WorldSBK and MXGP to the desert-set facility. The MXGP of Qatar ran for the period of the contract between the QMMF and Infront Motor Racing (then Youthstream) and the purpose-built motocross track then fell into disrepair. MXGP was subsequently linked with an event in Kuwait (Grand Prix track designer Greg Atkins recently built a GP-spec track in the new Motor City circuit) and Oman. Luongo insists the possibility of returning to Losail is still alive in the future. “We still have a very good relationship with QMMF and Losail, so never say never,” he commented.