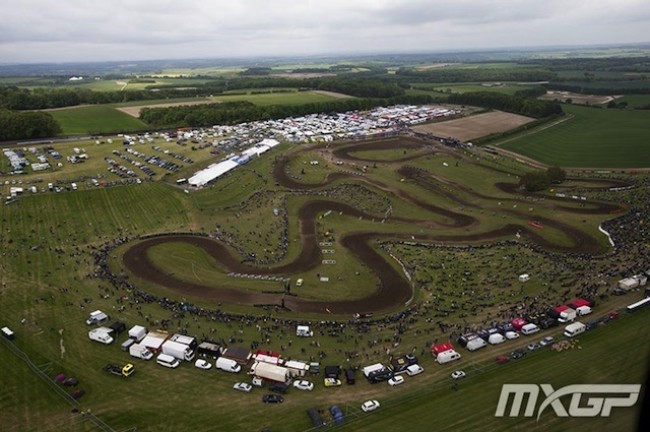 Publication of the provisional 2020 FIM MXGP Motocross World Championship calendar saw one of the most popular circuits, Matterley Basin in England – host of the British Grand Prix since 2011 and twice a location for the Motocross of Nations – left out of the initial twenty-round schedule.

While the status of MXGP for next year is strictly provisional (four venues on the slate, including the opening fixture which is rumoured to be in Australia or the Middle East, are still ‘TBC’) the disappearance of arguably the most eager-awaited race track is dismaying.

The British Grand Prix is traditionally one of the most atmospheric MXGP events. The last time it missed the calendar was in 2010 (even though Matterley Basin was absent in 2017 in preparation for the Motocross of Nations that year).

In a statement provided to comprehensive news website www.mxvice.com SD Events’ Steve Dixon – the creator and overseer of the race at Matterley Basin – was “disappointed” with Youthstream’s decision not to include the British date in the ’20 list he did acknowledge the difficulty of the “expense to come to the UK”.

Matterley Basin is located on private land and used just one a year for motorsport. It features various basic infrastructure gradually implemented since it’s inception in 2006 but otherwise requires a substantial build-up for the British GP. This year the race was held in March in what was deemed a risky period for the climate but the meeting was dry and the crowd attendance on Sunday was encouraging.

Youthstream’s position regarding the Grand Prix was also based on the expenditure of collaboration with Dixon. “We have always been very happy about the relationship we have with Dixon and the organization of the Grand Prix but the major problem in UK is the cost of organization of such event which is bringing the financial and economical side of the grand prix to be very difficult to find a positive balance,” commented Vice President David Luongo exclusively. “The income from local partners and the ticketing in general is not enough to cover the extremely high costs of organization of the event which is one of the most expensive event of the calendar firstly due to the English market price of all the services provided onsite and the fact the organizer has to build every year everything. The local and central government are also not so pro-active to help the organization of such an international event.”

Luongo did state that the future was not bleak (despite the murky mess of Brexit also on the horizon) for MXGP returning to Matterley. “I can assure you that we are in constant talks with the organizer to find some solutions for the future.”

The provisional 2020 slate also had the Swiss Grand Prix at Fraunfeld back after missing out this year, and a trip to Spain with circuits at Talavera de la Reina (Madrid) or Motorland Aragon or Jarama in the running as host.