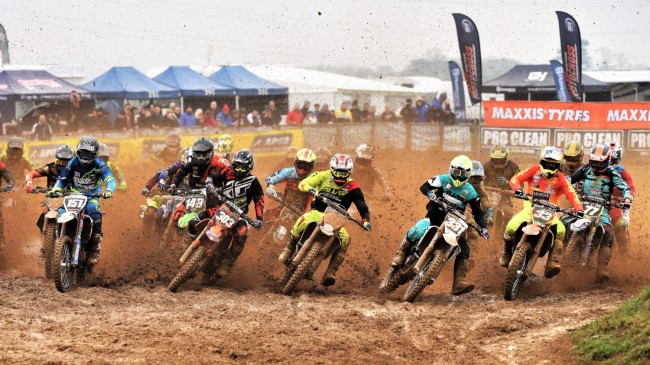 RHL Activities is pleased to announce that with the support from the ACU the 2018 Judd British Youth National Championship season will kick off as part of the very first British Motocross Championship Festival weekend at Culham MX Park in Oxfordshire on March 30 to April 1.

Whilst the Judd British Youth National Championship and Maxxis British Motocross Championships will be the centrepieces of the festival, there will be much more on offer across the Easter weekend with entertainment throughout the day and evening. This includes a kid’s zone that will offer try outs on quads and pushbikes, demonstrations with off-road activities and much more. With RHL Activities’ vast experience in running bumper events such as the HydroGarden Weston Beach Race, the company is preparing a very special weekend in collaboration with the ACU.

The Festival is the brainchild of Gareth Hockey, Director of RHL Activities who, along with his team, is passionate in attracting outside interest to the sport by offering opportunities for new people interested in motocross to ensure they know how to get involved, and how fun it can be, both behind the scenes and on the race track.

RHL is particularly keen to encourage not only new youth riders into motocross, but new blood in to the sport throughout all aspects; from mechanics to administrators and so on, to ensure not only the future of British talent in World Championship competition, but the development and progression of the sport. Which follows on with the companies’ current projects working with local schools promoting the sport, but also providing the youth of today with information on the vast number of job opportunities within the industry and access to key people within RHL to discuss their roles.

With plans for the Judd British Youth National Championship 2018 well underway, RHL Activities is excited to be working and finalising their concept with the ACU and further announcements about the British Motocross Championship festival will be made soon.

Gareth Hockey, Director of RHL Activities commented, “For me this is something I have wanted to do with RHL for a number of years since we ran the Handlebar Festival in 2009, which saw the likes of Jeffrey Herlings competing.  With the support of the ACU, we are looking forward to the very first British Motocross Championship Festival.  The team and myself are already busy working away on plans for the event, whilst beginning conversations with manufacturers and the industry. I can definitely say it will be an event no-one will want to miss. With RHL Activities’ expertise in organising events and the support from those competing in the championships, we can hopefully turn this one-of-a-kind weekend into an annual occasion.”

This is going to be one event of the year you will not want to miss so for more information head over to www.rhlactivities.com