Crockard on the Irish motocross scene – where is the next big talent coming from? 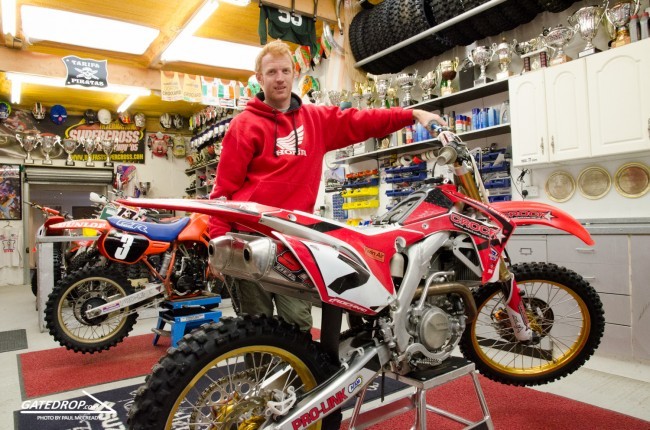 Gordon Crockard is known as the most successful rider ever from Ireland after finishing third in the World Championship back in 2001. Recently, Stuart Flockhart a former Scottish GP rider who rode in Crockard’s era caught up with him and they discussed Irish Motocross.

Crockard who now has the role as Off Road Racing Manager for Honda which means he’s ever present in the GP paddock, admits he’s not up to date in the Irish Motocross scene.

“I’m not here at the ground on weekends, not because I’m not interested but we don’t have any other racing activity unless it’s a Saturday and I’m not here going to the race so I’ve become out of touch with the local scene and even the practice tracks. I’ve got my own track and I go to ride my bike there, I don’t go to the other tracks so I’m not in touch with them and it’s not on purpose, it’s just the circumstance of my lifestyle which involves going racing”.

“The other issue I have is with my job, I’m thinking Motocross all the time, I’m away at weekends at Motocross events so my downtime when I want to get away from my work, I don’t want to go to a Motocross. Unfortunately, when I go to a Motocross setting, I’m not the guy asking the questions, I tend to be asked questions and I do all the talking, I don’t do anything except exhaust myself and I don’t gain. I know that might sound so arrogant but it’s just because I’m in a position where someone can come up and go “hey, tell me about the next Honda’s”, or “what was the race at the weekend like?”, or “what training does Gajser do, tell me about Mitch?”, etc. This is just the position I am in”, Crockard told Flockhart.

When Crockard was a GP rider, finding places to ride during the week were challenging as practice facilities didn’t exist in his day and he’s impressed with some of the facilities we now currently have. He believes it should be helping the level of Motocross riding here in Ireland. 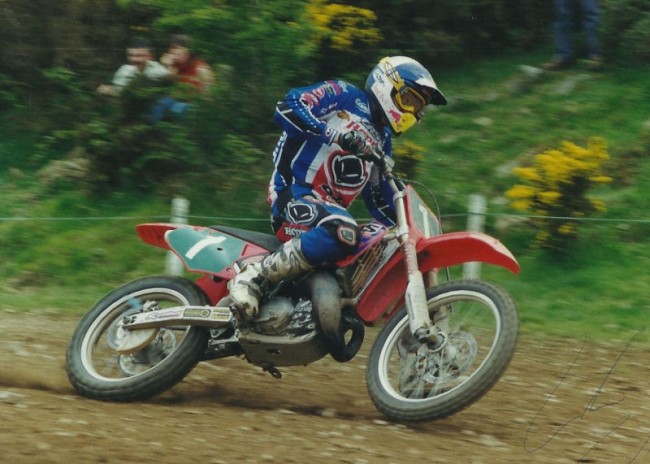 “I don’t know what’s going on locally but I’m very interested in it. You have to look at it and think, right, where’s the next guy from Ireland who’s going to make an impression in the British Championship? Is it a young kid that’s not even riding bikes yet and he’ll ride them later or is it one of the young kids now who’s practicing, racing and being successful at youth level”.

“I’ve seen a change now were we can see organised practice tracks over here, we actually have practice facilities, you can buy a bike, show up pay your money, sign the form and ride.  During my career that didn’t exist, you needed to be in some cult to know exactly where to ride the bike. It was always on someone’s private land, a mate’s neighbour who was a former who was going to let you ride before he ploughed the field. It was always some funny little way of finding somewhere to ride your bike so it was difficult to get out and ride. Nowadays there’s legal practice tracks you can go to – they’re prepared and in good shape. All these people are now practicing – we have a place called Magilligan which Philip McCullough runs, I see all the social media activity and hear about the 100’s of riders that go through there on a weekend”, added Crockard.

With the likes of Martin Barr and Graeme Irwin who’ve had good careers since Crockard’s amazing success, he believes the youth riders can use them as encouragement for the future that they can make it at least in the British paddock.

“I’m thinking, great, people are practicing, we are going to get some really great riders because everyone is out practicing, if you are doing that you’ve got to be getting better and if they’re getting better we will be getting better riders. I’m still waiting, where are the good riders? With all respect to the guys that we have. Before me, there was Laurence Spence and Alan Morrison, those guys were GP winners and British Championship guys. We then had my era and since then we’ve had Martin Barr and Graeme Irwin, I raced closely with them, they had great careers. Graeme was British Champion and Martin has been at the sharp end and still is. There’s got to be another wave of riders coming? They should be inspired by Martin, Graeme, Stuart (Edmonds). I’m too old now for the young kids to know what I did but they can get encouragement from the top local guys we have now and with the practice facilities that we have, you got to think – there’s got to be some good talent coming?”, concluded Crockard.

When it comes to young Irish talent that have a chance to make a career out of racing, it’s a very hard question to answer, it’s hard to make it and especially with the level of riders all around Europe. Perhaps the likes of Reece Ross, Micheàl McCullagh and Charley Irwin are some of the youth talent that with the right guidance have a chance.

You can watch Crockard discuss his career with Flockhart and a number of topics below in two parts – it’s well worth a watch.