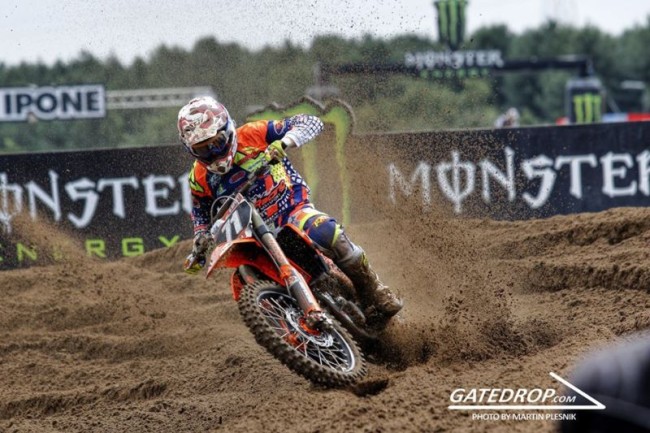 Lithuanian, Dovydas Karka has inked a deal with the Creymert KTM team for the 2017 season. Karka will compete in the entire EMX250 championship as well as the Dutch and Belgian championships.

Karka had his rookie year in the EMX250 series during the 2016 season on his WZ KTM. He was able to score two points throughout the season. However, with his rookie year now behind him he should be stronger in 2017. A switch to the Creymert team is also a good move for the young Lithuanian.

Karka will join Kevin Horgmo (EMX125) in the awning but the team are also expected to sign a rider to replace Iker Larranaga in the MX2 World Championship!

Dovydas Karka: I’m grateful that Creymert Racing has given me a chance to ride for them in 2017 season. 2016 didn’t go as planned to me, I had many downs and only a few ups which was hard to accept. But I am determined to work as hard as never during my off-season and preseason for the upcoming year. So let’s make 2017 count with the Orange machine from “Creymert Racing”.