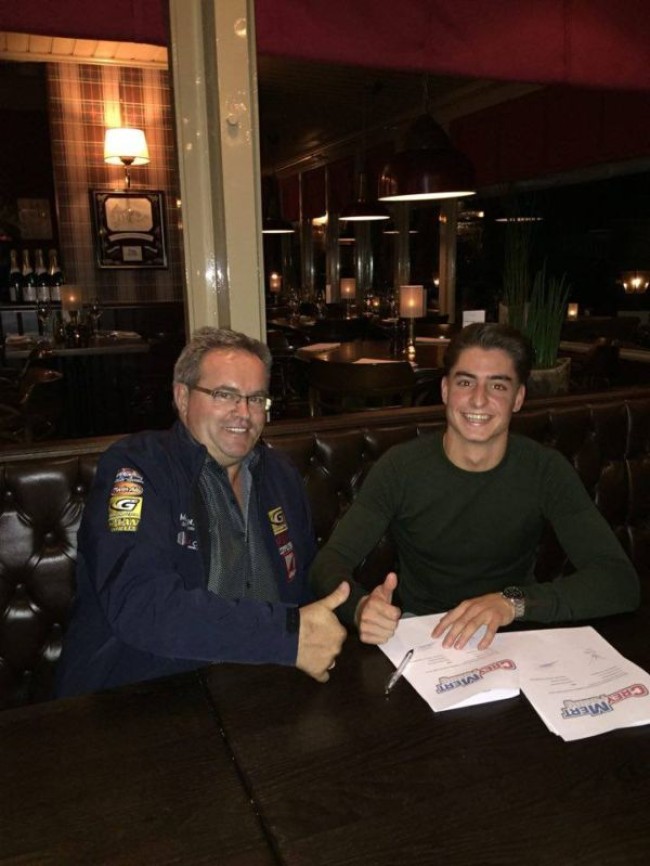 Creymert Racing have signed Freek van der Vlist for the 2017 season. The Dutch rider will switch over from Harry Nolte’s Kawasaki team to the Creymert KTM outfit where he will compete in the European MX2 World Championship races.

The Creymert outfit where able to bring the best out of Iker Larranaga during the 2016 season and they will be hoping to do the same with van der Vlist who has a lot of potential.