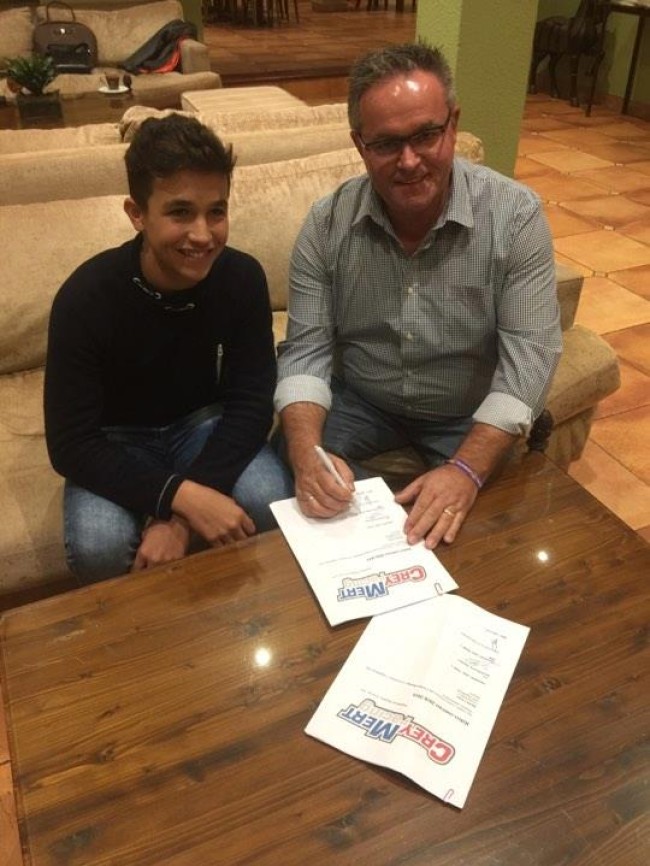 With Kevin Horgmo moving up to the EMX250 series in 2018, the CreyMert KTM Racing team have decided to sign young Spaniard David Braceras-Martinez to contest the EMX125 series next year.

It will be a rookie year for the young Spaniard in the EMX125 series as he moves up from the 85cc so he will be hoping to learn as much as possible in 2018.

This year the 14 year old had a strong year as he finished third in the 85cc Spanish championship, won the Coupe de l’Avenir event and had some good races during the South-West EMX85 qualifying races. Unfortunately, the Spaniard couldn’t compete at the final in Czech Republic due to an injury.

Braceras-Martinez will join Horgmo under the Creymert KTM awning in 2018 but the team could yet make more rider announcements in the near future.