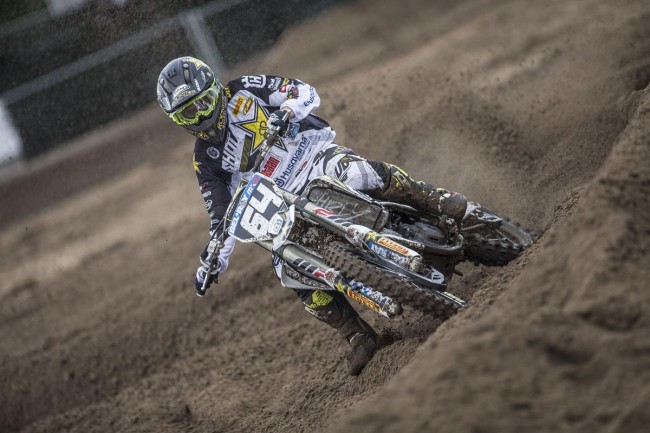 After his huge crash in the second moto at Lommel, Thomas Covington says that despite some rib pain he is ultimately okay.

Covington said last night: I was feeling really good coming to Lommel and the plan was to keep my podium streak going. I didn’t get the best of starts in race one and rode a steady moto for ninth at the line. Then in moto two I got the holeshot and lead the first couple of laps before Prado passed me. I had a good race pace but three laps before the end I made a small mistake and ended up hitting the dirt pretty hard. I feel sore in my back but luckily I stayed away from any serious injury. I now need to give my body some time to relax but hopefully I will be back to my normal training schedule pretty soon.”

The American, also took to social media to post a further update today on his condition, saying he has bruised ribs, along with footage of his scary crash.

Had 2nd place locked down until this happened with 2 laps to go. Thankful to come away from this with only a few bruised ribs. The good Lord was looking out for me yesterday! I'll be back next weekend in Switzerland.