Covington IN for Hawkstone International 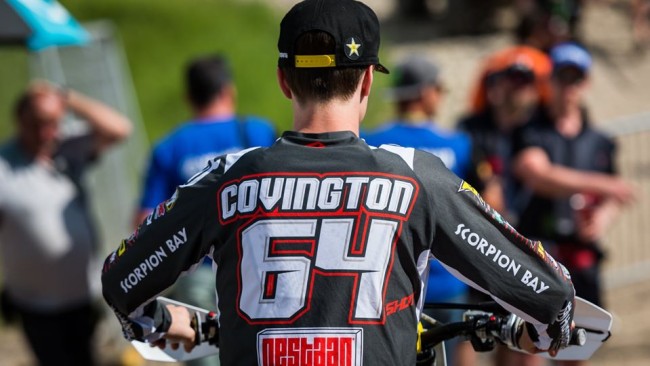 American, Thomas Covington who will be back in the MXGP paddock next year has confirmed he’ll race the Hawkstone International race –  prep for his rookie MXGP season.

The American has signed with the Gebben Van Venrooy Yamaha team after a year back racing in the U.S didn’t work for him.

It could be a make or break season for Covington’s career but he’ll be hoping for a good season back racing the World Championship.