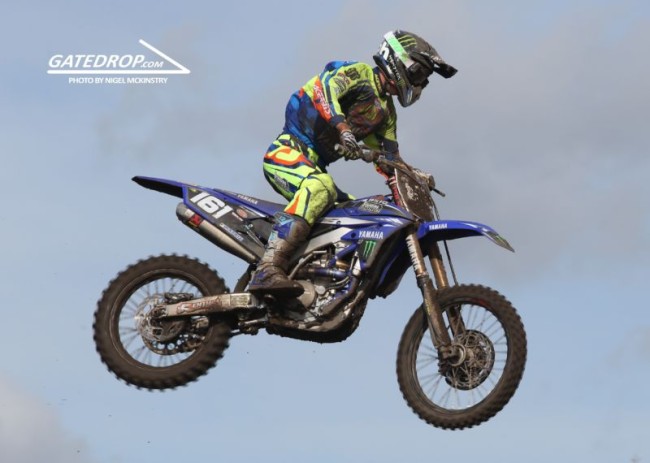 Just like in the qualification race, Sweden went 1-2 in the first moto of the day! However, this time it was Anton Gole who won from fellow Swede, Alvin Ostlund. Belgian, Jago Geerts put in a brilliant ride to finish third and had the fastest lap of the moto!

Team GB had two riders in the top ten with Garland in eighth and Gilbert in tenth, two good rides. As for team Ireland, Jason Meara had a crash when in the top ten so had to settle for thirteenth but his speed is good. James Mackrel ended up in twentieth and McCaw in twenty-sixth, solid results!

Two more moto’s to go before the winning country will be crowned but Sweden are looking good.

Ostlund and Gole are dominating this weekend! Again they went 1-2 in the second moto. This time it was Ostlund who won from Gole. Again Geerts rode brilliant to cross the line in third, just fourteen seconds down on the race winner. Mathys Boisrame hasn’t had a good weekend so far but finally put in a good ride  to finish fourth.

Again GB had two riders in the top ten, this time Gilbert finishing seventh with Garland in tenth.

James Mackrel was the first Irish rider across the line in seventeenth, a very good result! Meara ended up in twenty-first with McCaw in thirty-first.

Just like the previous two moto’s, the two Swede’s dominated. This time it was Anton Gole edging out Ostlund for the win! It was a brilliant ride from Liam Garland as he finished the moto in third, he will be pleased with that!

In the last moto of the day the French had two riders in the top five with Renaux in fourth and Boisrame in fifth.

James Mackrel was the first Irish rider across the line in seventeenth with Meara in twenty-first and McCaw unfortunately suffered from a DNF.

It wasn’t to be for Belgium this year as Sweden dominated the open class and were victorious. GB just missed out on the overall podium as France edged them out. Ireland ended up ninth in the open class which is a good result. The depth of field was definitely stronger this year compared to previous years.

When the 65cc and 85cc classes got counted for the Supertrophy, Belgium ended up victorious from GB. Ireland ended up tenth overall.